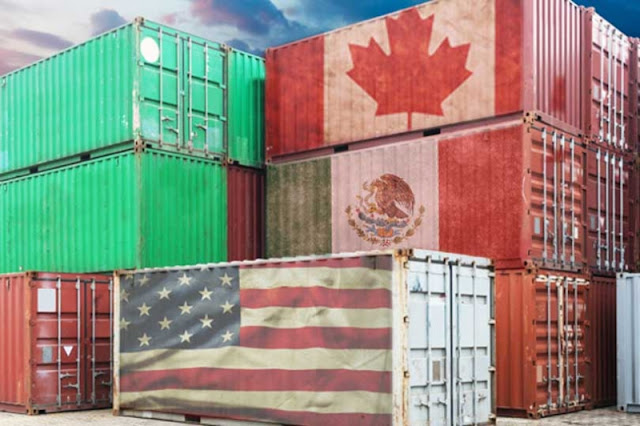 By Jennifer Whitlock
Representatives from the U.S., Mexico and Canada met online this week to discuss the state of trade between the North American countries under the U.S.-Mexico-Canada Agreement (USMCA).
In the first USMCA Free Trade Commission meeting, U.S. Trade Representative (USTR) Katherine Tai, Mexican Economy Secretary Tatiana Clouthier and Canadian Trade Minister Mary Ng talked about labor, the environment and various trade issues important to each country.
“It is essential that we collaborate to implement, enforce and fulfill the terms of the USMCA,” Tai said in her opening remarks of the meeting. “For this agreement to be durable, it must serve the needs of everyday people–not just in the United States, but in Mexico and Canada, as well. That will only happen if we deliver on our promises.”
American dairy farmers’ concerns that Canada is misusing tariff-rate quotas (TRQs) to limit U.S. dairy exports to that nation was discussed.
The U.S. filed a complaint against Canada in December regarding dairy TRQs, but no further action has yet been taken. U.S. dairy farmers allege Canada is blocking imports of higher-quality American dairy products by reserving large shares of the quota for processors.
A group of more than 60 U.S. dairy organizations and companies sent a letter to Tai asking her to file a dispute settlement case with Canada if ongoing discussions and the Free Trade Commission meeting do not result in an “immediate, positive resolution.”
The day after the meeting started, the USTR office released a short announcement regarding Tai’s one-on-one talk with Ng.
Tai stressed that Canada must meet its USMCA commitments, including the allocation of dairy TRQs.
Organizations, including the American Farm Bureau Federation, voiced concern the trade relationship between the U.S. and Mexico has deteriorated in the past few years.
Tai also sought to alleviate American agriculture’s uneasiness over recent actions taken by the Mexican government, including the nation’s intent to ban GMO corn for human consumption and glyphosate. Mexico also hasn’t approved any new biotechnology traits in food or feed commodities since 2018.
In a meeting with Clouthier, Tai discussed “science- and risk-based regulatory approaches in agriculture,” access for U.S. fresh potatoes throughout the entirety of Mexico and the resumption of authorizations of agricultural biotechnology products in Mexico.
When the talks concluded, the three nations jointly released a statement presenting a united front.
“While this renewed agreement is less than a year old, our countries are neighbors and friends and have a longstanding shared history built on mutual respect and cooperation,” the statement said. “The parties recognize that trade policies should foster broad-based and equitable growth, spur innovation, protect our shared environment and have a positive impact on people from all walks of life.”
Moving forward, the U.S., Mexico and Canada agreed to focus on labor, the environment and Free Trade Commission Decision No. 2, which adopted some new rules and regulations to USMCA.
The representatives will meet again before the end of the year to assess progress on those areas.
World