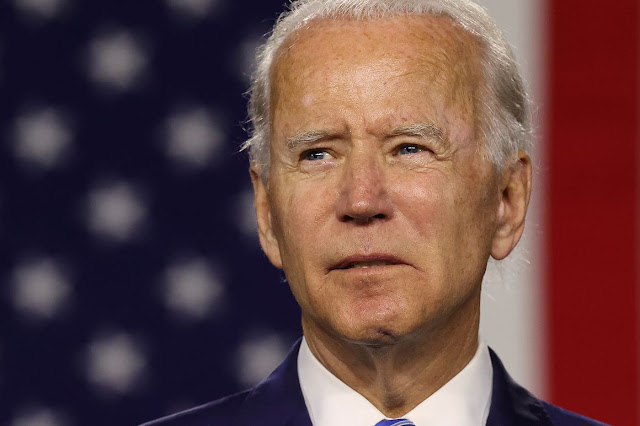 "The last thing we need is Neanderthal thinking that, in the meantime, everything's fine, take off your mask, forget it... I think it's a big mistake."
— President Biden on Mar. 3 after the governors of Texas and Mississippi lifted COVID-19 restrictions that included mask mandates in their respective states.
Many media outlets predictably joined Biden in ripping or questioning GOP Governors Greg Abbott and Tate Reeves.
CNN: "Texas governor's appalling decision on masks"
BBC: "Covid: Texas and Mississippi lifting restrictions too soon?"
LA Times: "Texas and Mississippi governors are recklessly reopening"
"Abbott's move came on Texas Independence Day, when leaders like to flex their muscles and show that they'll make their own decisions regardless of a national consensus," reads the CNN piece before adding. "In a larger sense, there's a major irony in Abbott simultaneously celebrating Texas' independence and bucking science: science made Texas great."
So, since the mandate was lifted on Mar. 10, what has been the result?
On March 10, there were 202 COVID deaths in Texas, according to the New York Times.
Using the latest data available, on May 16, there were zero COVID deaths in Texas. That's zero deaths in a state of 30 million people with four major cities. The same goes for Mississippi, which recorded zero COVID deaths on Sunday.
On March 10, there were 5,350 cases in Texas.
On May 16, there were 624 cases in the state, or about a 90 percent drop, marking the fewest COVID cases in more than 13 months.
The state also reported the lowest 7-day COVID-19 positivity rate ever, as well as the fewest number of COVID hospitalizations in 11 months.
Suddenly, medical analysis like this looks politicized:
"Relaxation of public health guidelines allowing the Texas Rangers to play their home opener in front of a sellout crowd is 'the governmental equivalent of crazy antics during spring break,'" argued Dr. Irwin Redlener on MSNBC after the Texas Rangers played before a sellout crowd on Apr. 6.
The White House was asked about the president's "Neanderthal thinking" comment after the mask mandates were lifted.
"Does the President still think that these red state governors, who were a little bit ahead of the federal government, lifting the mask mandates, had Neanderthal thinking?” Fox News’s Peter Doocy asked.
“I would say that even with this guidance that’s out there, the guidance is not telling states and localities exactly how they should implement,” White House press secretary Jen Psaki replied in not actually answering the question. “As you know, there are some localities and states in the country that have higher rates of vaccination than others, some communities that have higher rates of vaccination than others. And we even know as this is being implemented that different localities, businesses will implement it in a way that they feel will help ensure their community is safe."
In other words, the administration won't be apologizing anytime soon.
Reason's Robby Soave put it best in a tweet regarding just how ideologically charged the mask issue is.
"Like I said, the mask is the MAGA hat for Team Blue," he observed.
And we saw a perfect example of this on Sunday, when the fully vaccinated president wore a mask outside – again – upon leaving church in Delaware, thereby contradicting his own message from earlier in the week.
Or wear a mask even after you do, the president is also saying based on his (virtue signaling) actions. What else would explain his decision to wear a mask on a Zoom call with world leaders?
Like the rest of the country, Texas and Mississippi are going in a positive direction on COVID and look to be at the goal line in completely crushing it.
But unlike most of the rest of the country, those states were way ahead of the curve in dropping a mask mandate on which everyone from the Centers for Disease Control and Prevention and Dr. Anthony Fauci to President Biden himself were way behind the curve.
Opinion