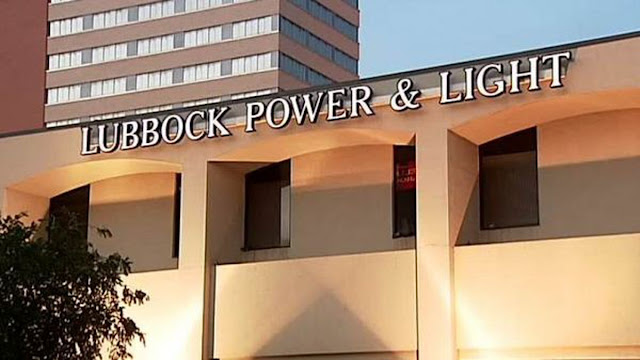 LP&L’s Electric Utility Board and the Lubbock City Council approved a $77.5 million buyout on Thursday, terminating LP&L’s 25-year contract with Southwestern Public Service.
Lubbock Power & Light is currently paying Southwestern Public Service more than $17 million a year in capacity costs for the right to purchase electricity. That contract began in 2019 and is set to run through 2044.
Under a settlement agreement up for approval Thursday, long-term bonds will fund the buyout, totaling $4.1 million a year.
In January 2018, city council and the Electric Utility Board signed resolutions of intent to bring competitive retail electricity back to Lubbock. The contract between LP&L and SPS tied Lubbock to the Southwest Power Pool, where competition is unavailable. The termination of the contract will allow the remaining 30% of customers to migrate to ERCOT in a couple years.
We tried to talk to LP&L and the EUB about this contract, but only received a statement from spokesman Matt Rose:
“Over the past year, Lubbock Power & Light and Southwestern Public Service have worked together to come to an agreement on a matter of importance to both utilities. We look forward to publicly discussing this matter in detail at our meeting on Thursday.”
Once the state’s Public Utility Commission approves this second phase of the Lubbock to ERCOT transition, it’s set to take place in May 2023.
Phase 2 would put all customers in Lubbock on the same power grid.
If city council and the EUB agree to opt-in to the retail competitive market, customers would be able to choose their electric provider.
Lubbock would resemble other cities where competition exists, like Dallas, Houston, Midland/Odessa and Abilene.
This weekend, the transition to ERCOT begins with 70 percent of Lubbock’s electric load making the shift.
A Tale of Two Systems
Lubbock residents once had a version of retail electric competition that allowed customers to choose between two electric providers – LP&L and SPS. In 2010, the City of Lubbock purchased distribution assets from SPS to become the sole electric provider for the majority of Lubbock residents.
“The two systems are evenly distributed throughout the city since both companies served customers in nearly every neighborhood, referred to as alley-by-alley competition,” said LP&L Executive Director David McCalla. “Since the time of the sale, LP&L managed both systems, but they were never combined and remain today as two separate sets of wires.”
Also at the time of the sale in 2010, LP&L signed a 25-year future power contract to purchase power from SPS, covering approximately one-third of LP&L’s annual power needs. That contract, which also included other set costs, went into effect June 1, 2019.
Returning to Electric Competition
In January 2018, the Lubbock City Council and LP&L Electric Utility Board both signed resolutions of intent to bring back competitive retail electricity to Lubbock once the ERCOT migration is complete.
“If LP&L were to opt-in to the competitive market in ERCOT before all customers are migrated, you could have people who have the ability to choose their electric provider next door to people who don’t,” said Pope. “After much research and consideration, it is clear the fair and equitable thing to do is pursue opt-in once all customers have access to competition, at the same time.”
he move to ERCOT will take place in two phases, the first of which will take place this coming weekend, May 29-30, connecting 70 percent of LP&L’s system to ERCOT (approximately 83,000 customers).
With the early termination of the SPS agreement, scheduled for May 31, 2023, the Electric Utility Board and the City Council can soon consider whether to opt in to retail competition and the City can now seek approval from the Public Utility Commission of Texas for the second phase, connecting the remaining 30 percent of LP&L’s system (about 24,000 customers).
LP&L hopes to complete the second phase of migration in May 2023, finally combining the two sets of wires into a single, unified system.
Local