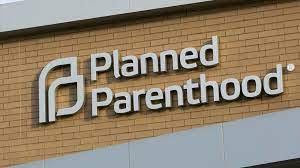 Lubbock voted Saturday to ban abortions within city limits and allow residents to sue abortion providers and anyone else who assists a person obtain abortion services.
The measure passed 62 percent to 38 percent. It's not clear when the ordinance, which declares Lubbock a "sanctuary city for the unborn," would go into effect but it is almost certain to face legal challenges.
Following the vote, Lubbock Mayor Dan Pope released a statement.
In this statement, Pope said voters made it clear that Lubbock would become the next sanctuary city for the unborn, and that he was encouraged by the significant voter turnout.
Additionally, Pope said the Lubbock City Council will canvass the votes from this election on May 11, with a likely ordinance effective date as early as June 1, according to the statement.
About two dozen cities have passed similar measures, but Lubbock is the biggest thus far and the only one of the cities with an existing abortion provider within its boundaries.
The move was cheered by conservative opponents of abortion in the state.
“Today is a victory for life and proof that the silent majority will still stand up for its Christian conservative values,” said state Rep. Dustin Burows (R), who represents the city in the state legislature.
Planned Parenthood, which has been involved in major legal fights over the issue of abortion and provides abortion services in Lubbock, vowed in a statement to continue serving patients under state and federal law, under which abortion is recognized as a legal right.
“We want Lubbock residents to know: Our doors are open and we will continue to advocate for our patients, no matter what,” Planned Parenthood said in a statement to High Plains Pundit.
Local