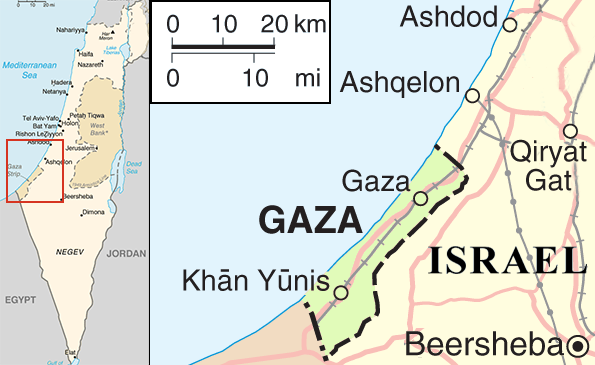 Israeli troops entered the Gaza Strip on Thursday, marking a new level of conflict in the region amid days of escalating violence.
The Israel Defense Force (IDF) tweeted Thursday (on the East Coast of the U.S.) about the operation, writing that "IDF air and ground troops are currently attacking in the Gaza Strip."
The move follows days of scattered airstrikes and rocket barrages between Hamas and the Israeli military.
“There are ground troops attacking in Gaza, together with air forces, as well," an Israeli military spokesman added to The New York Times.
Video of the attack shows the city's skyline lit up by consecutive bright explosions as Israeli warplanes roar overhead.
Video from Beersheba, a town in southern Israel, shows the country's Iron Dome defense system intercepting a flurry of rockets fired from Gaza in response. It is not clear if any hit the ground.
Violence has continued in Israel and the Gaza Strip for days amid Palestinian outrage over forced evictions of families in Jerusalem as well as airstrikes launched in retaliation for Hamas rocket attacks, which have killed three Israeli citizens and injured six more in recent days. More than 100 Palestinians had died in retaliatory airstrikes before Thursday's escalation, including more than two dozen children.
Israel's Prime Minister Benjamin Netanyahu warned earlier this week that Hamas militants and others would pay a "heavy price" for attacking his country.
“Whoever attacks us will pay a heavy price,” Netanyahu warned Monday while adding that the conflict could ”continue for some time.”
“The terrorist organizations in Gaza crossed a red line and attacked us with missiles at the entrances to Jerusalem. Israel will respond with great force," the prime minister added. “We did not want to escalate, but those who chose to escalate will be hit forcefully."
World