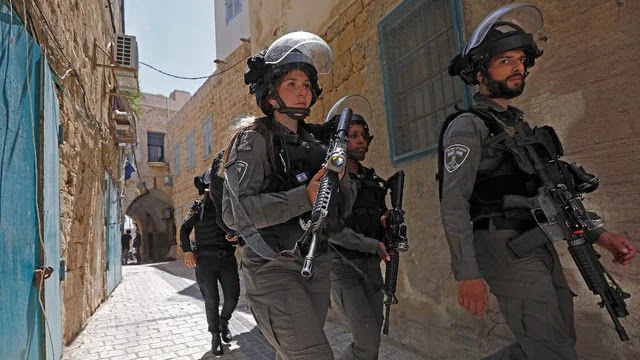 Israeli troops were seen gathering at the border with the Gaza Strip Thursday in a sign that the ongoing violence is unlikely to abate in the near future.
Troops and tanks were seen massing near the boundary with Gaza, and an Israeli military spokesperson confirmed that its forces were "preparing...at the border for a variety of potential scenarios."
An incursion would likely lead to brutal street fighting between Israeli troops and Palestinians. Dozens of Israeli troops and more than 2,000 Gazans were killed when the last ground invasion by Israel occurred in 2014.
The buildup at the border marks the latest escalation in fighting in the area. Protests began earlier this month when Israeli authorities barricaded a popular Ramadan gathering spot and intensified over a now-suspended court case regarding the evictions of Palestinians in Jerusalem’s Sheikh Jarrah neighborhood, whose homes Israeli settlers are trying to claim.
Clashes over the attempted evictions escalated when Israeli police raided the Al-Aqsa Mosque, sending worshipers fleeing and leaving hundreds of Palestinians and Israeli police wounded.
Protests were also held in several towns inside Israel with large Palestinian populations, leading to clashes with police.
Hamas this week responded by launching a barrage of rockets into Israel, with Israel launching retaliatory airstrikes on the Gaza Strip enclave. Several fatalities have been reported on both sides, including at least one child in Israel and more than a dozen in the Gaza Strip.
World