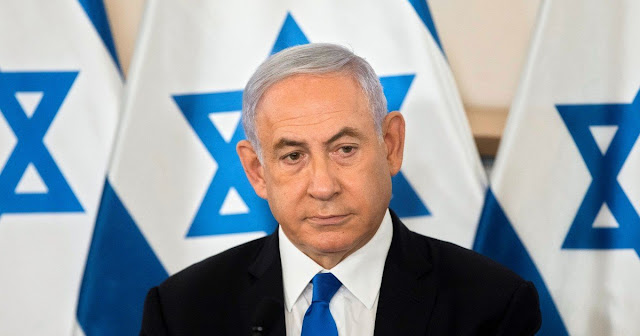 The Israeli Security Cabinet on Thursday approved plans for a cease-fire with Hamas that would end more than a week of missile strikes and rocket fire in the Gaza Strip and Israel, Prime Minister Benjamin Netanyahu's office said in a statement.
The cabinet, including top security officials and government ministers, agreed unanimously to a ceasefire negotiated by Egypt, which was in talks both with Israel and Hamas, the militant group that controls the Gaza Strip. Hamas also confirmed to Reuters that it will abide by the truce.
The precise timing of when the cease-fire would take effect is still unconfirmed but is expected to start at roughly 2 a.m. local time, or 7 p.m. eastern time.
The ceasefire would cap off some of the most brutal violence between Israel and Hamas since 2014. Hamas has fired thousands of rockets at Israel over the past 11 days, striking a number of cities in southern and central Israel. Israel responded with an air campaign that devastated Gaza’s infrastructure, though the Israeli military maintained it was only targeting sites used by militants.
A dozen people, including a child, were killed in Israel, while the Palestinian Health Ministry said Thursday that 232 people have been killed in the Gaza Strip, including 65 children. Israeli's military over the weekend said 130 of those killed were combatants.
There has been growing international pressure on Israel and Hamas to begin a ceasefire, and growing pressure on President Biden to use U.S. influence to convince Netanyahu's government to agree to a ceasefire.
Democrats in Washington increasingly said Israel should ease its punishing air campaign, and Biden told Netanyahu Wednesday that he “expected a significant de-escalation” in hostilities.
While Republicans in the U.S. have largely stood behind Israel, saying it has the right to defend itself form a rocket barrage, the violence has splintered the Democratic Party.
While leaders of the party remained largely supportive of Jerusalem, progressives in Congress fiercely rebuked the military’s operations in the Gaza Strip. The most recent division opened up over whether to halt a $735 million arms sale to Israel.
Fighting intensified in the hours leading up to the ceasefire announcement, with militants launching scores more rockets at Israel Thursday and Israel launching a new wave of air strikes.
The Israeli military maintained that it made significant gains against Hamas during the battle, saying it deteriorated the militant group’s complex tunnel system while also touting the effectiveness of its defensive Iron Dome system.
The Israeli military “briefed ministers on Israel’s significant achievements in the operation, some of which were unprecedented,” Netanyahu’s office said in its statement.
Ceasefires between Israel and Hamas have fallen through in the past. A truce to end the 2014 conflict was broken twice throughout seven weeks of fighting.
Netanyahu’s office left open the possibility that fighting could resume, saying that “the reality on the ground” will “determine the future of the operation.”
The latest round of violence began last week, when Hamas and other groups began firing rockets into Israel in response to police raids on the al-Aqsa Mosque, one of Islam’s holiest sites, and controversy over attempts to evict Palestinian families from their homes in the Sheikh Jarrah neighborhood of East Jerusalem.
World