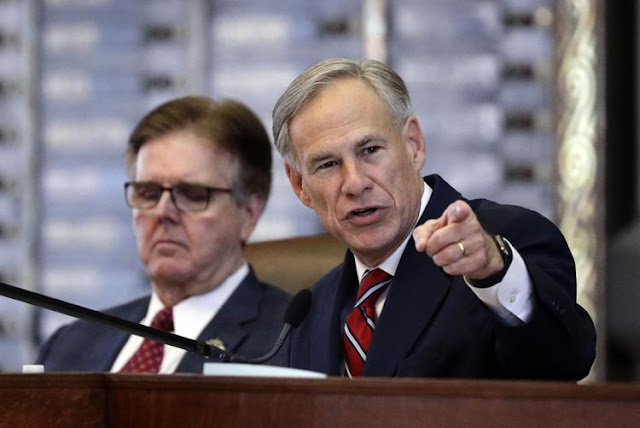 By Bethany Blankley
Lt. Gov. Dan Patrick this week called on Texas Gov. Greg Abbott to immediately call a special legislative session in June in order for the legislature to pass several bills the two support: SB10 to end taxpayer-funded lobbying, SB12 to regulate social media outlets, and SB29 regarding transgender participation in girls sports.
“The Texas House killed these conservative bills that majority of Texans in both parties support,” Patrick said.
According to the Texas Constitution, only the governor can call a special legislative session. During the state shutdown last year, numerous lawmakers called on Abbott to call a special session, which he did not do.
Last week, House Speaker Dade Phelan, R-Beaumont, shut down the Texas House, effectively cancelling bills from being heard or voted on, just days before the 87th legislative session ends May 31. The unprecedented move was described by several news outlets as Phelan siding with Democrats in a reported feud with Patrick.
In response to Patrick’s request, Abbott released a statement, saying, "Some are trying to end the game before the time clock has run out. There’s still time remaining for the House and Senate to work together to get important conservative legislation to my desk. Members in both chambers need to be spending every minute of every day to accomplish that mission."
Despite the majority of Texans opposing taxpayer-funded lobbying, Republicans advanced a bill to allow it, led by Rep. Chris Paddie, R-Marshall, who also blocked some conservative bills from ever getting a hearing or a vote, critics argue.
The Texas House Freedom Caucus hailed Patrick’s request, citing House leaders’ “failure to pass conservative priorities,” without naming any by name.
“If they were to be honest,” Michael Quinn Sullivan, president of Empower Texans and Texans for Fiscal Responsibility, said, “they would acknowledge it was the work of Gov. Greg Abbott, House Speaker Dade Phelan, R-Beaumont, House Republican Caucus Chairman Jim Murphy, R-Katy, and Calendar Committee Chairman Dustin Burrows, R-Lubbock.”
But Patrick doesn’t have to wait for Abbott, Sullivan noted.
“During a legislative session, the lieutenant governor holds all the cards,” he said. “Lt. Gov. Patrick could have refused to call up the state budget for consideration by the Senate, or the other ‘must-pass’ bills that are required to continue the operations of state government beyond Sept. 1. That would have forced a special session to address the unaccomplished priorities. And, yet, immediately after issuing his demand for a special session, Patrick put the Senate immediately to work finalizing the budget – giving up that important card.”
Several conservative Republican representatives also have called on Abbott to call a special session.
In a news conference Thursday on border security, Abbott was asked if he was considering calling a special session. He didn’t answer yes or no. Instead, he told the reporter that only he could call a special session.
“Not only am I the one with the authority to call a special session, I get to decide when and I get to decide what will be on that special session," he said. "And here’s what I would do, if anybody tries to force this, it’s not going to be like it has been in the past, where we’ll have 40 items on a special session or whatever, to make sure bills that I want passed, get passed.
“First, bills that I want to see get passed, get passed, and second, we’re going to go one item at a time. Not until they pass that item, we’ll move onto another item. So if anybody tries to hold hostage this legislative session, to force a special session, that person will be putting their members in the Senate or the House potentially into a special session for another two years until the next regular session because I’m going to make sure that we get things passed.”
In response to another question, Abbott said he supports all three bills Patrick addressed, but none of them passed. He said those bills could be put on a special legislative session agenda.
Texas