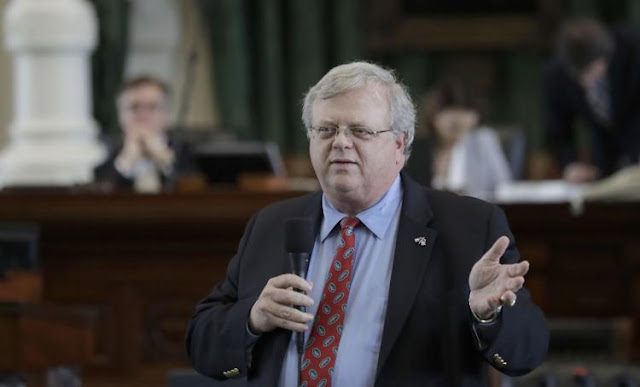 By Bethany Blankley
As the Texas House debates Senate Bill 10, a bill originally filed to limit the use of taxpayer money on lobbying activities, groups are asking the House to reject a loophole added by Republicans they argue makes the bill meaningless.
Sen. Paul Bettencourt, R-Houston, proposed the bill, which passed the Senate and is being debated in the House.
Taxpayer-funded lobbying is “the practice of using funds that come directly or indirectly from taxpayers for political lobbying purposes,” Ballotpedia, states. It includes increasing spending and/or raising taxes on behalf of organizations that will gain additional funding from taxpayers they otherwise wouldn’t receive, the nonprofit organization states.
According to a recent poll, 88% of Texans oppose taxpayer-funded lobbying; 78% strongly oppose it.
In March 2020, nearly 95% of Republican primary voters voted in favor of a ballot proposition banning taxpayer-funded lobbying outright. Both the Democratic and Republican party platforms call for banning the practice.
Yet Republicans in leadership in several legislative sessions have blocked any opportunity to ban the practice.
Bettencourt’s bill doesn’t fully ban taxpayer lobbying, it only limits it at the local level. It’s the farthest a bill has come in years to limit the practice. Even if the House were to pass Bettencourt’s bill in its original form, taxpayer money could still be used by school districts and other taxing jurisdictions to hire lobbyists to work against constituents’ own interests, critics argue.
Even in its limited form, after the bill got to the House State Affairs Committee, chaired by Rep. Chris Paddie, R-Marshall, it was gutted and loopholes were added.
“Only legislators can take a bill prohibiting taxpayer-funded lobbying and turn it into a free-for-all giving tax-funded lobbyists carte blanche to avoid public disclosure,” Michael Quinn Sullivan of Empower Texans said in an email.
The Texas Public Policy Foundation and other groups are urging Texans to contact their legislators to oppose the House version of the bill.
“Any meaningful reform must begin with eliminating the lawyer loophole,” the Texas Public Policy Foundation argues.
The bill in its current form “creates a massive loophole that makes many of its good government measures irrelevant. As drafted, it allows lawyers working with local governments to avoid registering as a lobbyist, which will allow lobbyists to continue to receive taxpayer dollars but under the cover of darkness,” TPPF’s James Quintero said. “It is disappointing that lawmakers did not advance a bill reflective of Texans’ overwhelming opposition to funding lobbyists with tax dollars. It is even more unfortunate that the bill put forward strengthens some lobbyists’ access to public money and influence.”
The longer the practice goes on, hundreds of millions of taxpayer dollars will continue to foot the bill for special interests in Austin, which is not the purpose of tax revenue, TPPF’s Chuck DeVore said.
“Government – especially local governments in Texas – has no business handing millions of taxpayer dollars over to lobbyists, full stop,” DeVore said. “Taxpayer money, ‘critical funds’ should instead go directly to education, public safety, property tax relief or other priorities that benefit taxpayers directly.”
According to TransparencyUSA.org, for the 2020 election cycle (2019-2020), more than $109 million in taxpayer money was spent lobbying Austin politicians alone.
Paddie’s committee’s version of the bill would allow state and local governments to hire lobbyists, and give lawyers working as lobbyists permission to no longer disclose their paperwork to the Texas Ethics Commission.
Paddie, who openly opposed any restrictions placed on taxpayer-funded lobbying in 2019, was nominated as chair of the committee overseeing the bill this session by House Speaker Dade Phelan, R-Beaumont.
Texas