Two Republicans are heading to a runoff in the special House election in Texas after no candidate in the sprawling 23-candidate field won an outright majority of votes.
Susan Wright and Jake Ellzey will face off in the runoff after emerging on Saturday as the top two vote-getters in the race for Texas's 6th Congressional District.
Wright had 19.2 percent of the votes cast, according to an Associated Press tally, while Ellzey had 13.8 percent. 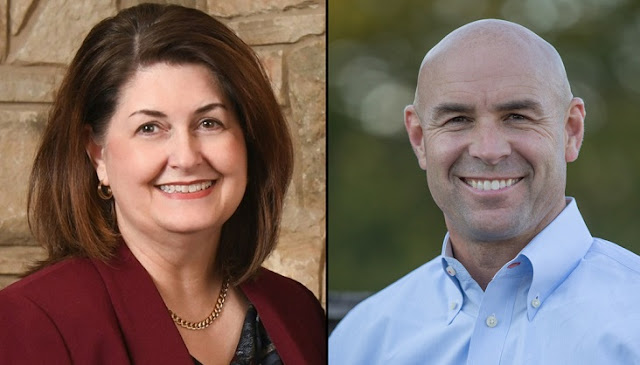 The Associated Press reported late Saturday that Wright would advance to the runoff and called Ellzey as coming in second on Sunday afternoon.
Democrat Jana Lynne Sanchez, who had 13.4 percent of the vote, said in a statement that her campaign "came up short."
"Democrats have come a long way toward competing in Texas but we still have a way to go," she said. "We'll keep fighting for a healthier, equitable and prosperous Texas and to elect leaders who care about meeting the needs of Texans, although it won't happen in this district immediately."
The date for the runoff has not yet been scheduled but will take place no earlier than May 24.
Former President Trump became publicly involved in the race last week, throwing his support behind Wright in her bid to replace her late husband in the district.
Trump congratulated Wright in a statement on Sunday after Sanchez's concession.
"Susan surged after I gave her an endorsement last week," he said. "Her wonderful husband is looking down, and is very proud of her!"
Rep. Ron Wright (R) died in February after contracting the coronavirus. Susan Wright had to ask the FBI to get involved after discovering robocalls accusing her of killing her husband.
Groups like Club for Growth helped Susan Wright by spending about $150,000 to tear down Ellzey by branding him as an "anti-Trump" Republican, a claim which he has denied.
The results on Saturday night came as a blow to Democrats, who hoped to take advantage of the district's increasingly suburban demographics. But the crowded field played against them, with the top Democratic candidate, Sanchez, falling just short of Ellzey.
Texas