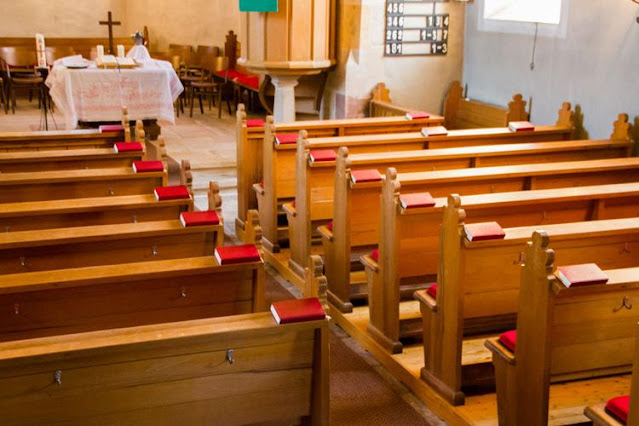 By Bethany Blankley
A bill banning governments from shutting down churches and houses of worship for any reason heads to the governor’s desk for signature after it passed its final vote on Friday.
Filed by Rep. Scott Sanford, R-McKinney, HB 1239 prohibits governments from ordering the closure of houses of worship in Texas.
“A government agency or public official may not issue an order that closes or has the effect of closing places of worship in the state or in a geographic area of the state,” the bill reads.
Sen. Angela Paxton, also a Republican from McKinney, filed the companion bill in the Senate. The bill passed, 117-29, with added amendments from the Senate with wide bipartisan support.
Two House Republicans voted against the bill, Reps. Steve Toth of the Woodlands and Terry Wilson of Marble Falls.
Gov. Greg Abbott is expected to sign the bill, roughly one year after he shut down the state last March, designating churches and houses of worship as nonessential, forcing them to close their doors.
Abbott was promptly sued over the order, and faith leaders called on him to designate houses of worship as essential. He reversed course, allowing them to remain open during the shutdown. Multiple lawsuits filed against the governor remain on appeal or pending in trial courts.
“The unprecedented closure of churches, mosques, and synagogues in 2020 negatively impacted many who were struggling with isolation and stress during the pandemic,” the Texas House Republican Caucus said in a statement after the House passed the first version of the bill in April. “These closures were ultimately overturned and are unconstitutional as they infringe on 1st Amendment rights.”
Jonathan Saenz, attorney and president of Texas Values, said the bill is important to let “rogue government officials know that there are limits to their power. Churches are absolutely essential for the spiritual, physical, and mental well-being for individuals and must be protected.
“Churches across the country had to defend their rights all the way up to the U. S. Supreme Court,” he added. “Recently, California Gov. [Gavin] Newsom was ordered to pay $1.35 million to a Los Angeles church for unconstitutionally restricting and closing California churches. At least 23 states have considered legislation ensuring churches are protected from burdensome governmental overreach.”
Rep. Rhetta Bowers, D-Rowlett, likened houses of worship remaining open to “super spreader events” that “are a threat to public safety and to public health.”
Texas