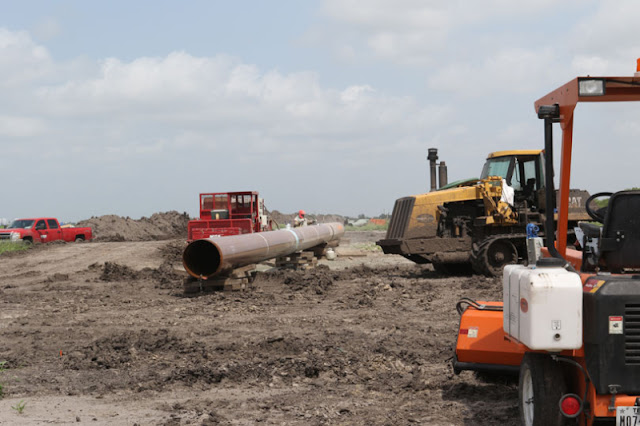 By Jennifer Whitlock
Private property rights advocates are celebrating a key victory after HB 2730 passed the Texas Senate today.
In the early morning hours on May 27, senators approved the new legislation, which protects and improves landowner rights in negotiations with entities using the power of eminent domain.
“We’ve worked on this for multiple legislative sessions, and we’re very glad to see progress in this area to help the process become more fair and transparent for landowners, with better information provided to those who are facing the prospect of eminent domain on their land,” Regan Beck, Texas Farm Bureau (TFB) director of Government Affairs, said.
HB 2730 was authored by House Land and Resource Management Committee Chairman Joe Deshotel. Co-authors included Rep. DeWayne Burns, a longtime supporter of private property rights and one of TFB’s closest allies in previous sessions when eminent domain reform was attempted.
“Although we initially did not endorse this bill because the original version did not help property owners, Rep. Burns worked to negotiate language that was eventually included in this bill that strengthens landowner positions in negotiations,” Beck said. “Several key issues were addressed in this bill, thanks to his hard work and dedication to protecting Texans’ private property rights.”
One of the biggest victories, according to Beck, is that an entity must provide in the initial offer, in plain writing, whether the offer includes damages to the remainder. He noted this is important because that should be part of the valuation of the taking.
Another positive outcome of HB 2730 is required minimum easement terms that help landowners protect their property rights and negotiate offers that encompass the entire scope of an easement, from construction to future actions.
“Now, when an entity gives the landowner a contract for an easement, minimum terms must be included. This would include things like what kind of products will be sent through a pipeline, the size of the pipeline, what aboveground equipment might be on the easement, the maximum width of the easement and guaranteeing the topsoil is placed back on top after construction is complete,” Beck said. “This ensures property owners have information upfront so they know and can protect their rights to help them negotiate a fair offer. Before, you only received those terms if you knew about those issues, knew how to negotiate and asked for them outright. Now, it’s in there automatically.”
Another win for landowners is the inclusion of an updated landowner bill of rights. Under the legislation, the landowner bill of rights must be included with or before the initial offer, and the document must be updated every two years by the Texas attorney general, with a required public comment period.
The legislation now heads to Gov. Greg Abbott’s office. If Abbott signs or does not veto HB 2730, portions of the new bill go into effect as early as September.
Texas