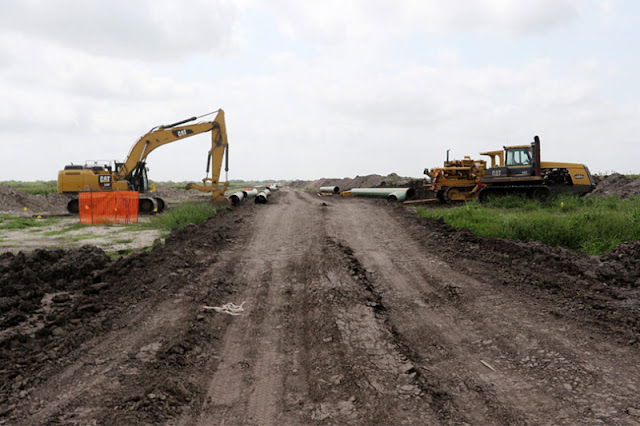 By Jennifer Whitlock
Eminent domain reform continues to make progress in the Texas Legislature. In a second reading, HB 2730 was approved by the House on May 12 by a 144-1 vote.
The bill represents a victory in the ongoing fight for eminent domain reform, according to Texas Farm Bureau (TFB) Associate Legislative Director Joy Davis.
“We’ve been trying to move the ball on this issue for several years now. We feel like this is a good first step on trying to make the eminent domain process just a little bit more of an even playing field for landowners,” Davis said. “We’re not fully there yet, but this is a good start.”
Authored by Land and Resource Management Committee Chairman Joe Deshotel and co-authored by, among others, longtime eminent domain reform champion Rep. DeWayne Burns, HB 2730 includes several key concepts supported by TFB.
Davis said this bill requires the landowner to receive an initial offer that is clear as to whether damages to the remainder are included in the offer.
It requires the landowner to receive an easement agreement with standard terms that protect property rights, as well as improves the landowner bill of rights landowners receive with or before the initial offer. The legislation also creates a penalty for land agents that act unethically and make lowball offers to landowners.
The original text of HB 2730 set things off to a rocky start.
At the beginning of the 87th Texas Legislature’s general session, Burns submitted a similar bill, HB 901, including language negotiated between TFB and other property rights groups and the oil and gas industry during the last legislative session. Deshotel’s bill did not include that language and was initially opposed by TFB and other landowner groups.
“The language in the initial bill was from the Coalition for Critical Infrastructure, and it was not helpful to property owners. It was very slanted toward eminent domain-wielding entities,” TFB Director of Government Affairs Regan Beck said.
Since both bills were heard in the House committee in late March, Burns and Deshotel have been in intense negotiations with oil and gas industry representatives. Language from those negotiations was inserted into HB 2730, resulting in a bill TFB could now support.
“Rep. Burns and is very helpful to property owners. It makes the process more fair and helps make them more aware of what their rights are in negotiations with eminent domain entities,” Beck said. “We really want to give credit to him for his tireless efforts to help landowners facing the daunting prospect of being condemned for an eminent domain project. It was only through his leadership that we were able to get this accomplished.”
HB 2730 is now awaiting a third reading in the House before making its way to the Texas Senate. If passed in the Senate, it will be signed by both chambers before heading to the governor’s desk.
If the bill is signed by Gov. Greg Abbott, the landowner’s bill of rights must be added to the Texas attorney general’s website by Jan. 1, while other portions of the bill go into effect in September or must be enacted no later than Dec. 1.
Several other bills related to eminent domain are making their way through the legislative process as well, including Sen. Charles Schwertners’ SB 721.
SB 721 passed both chambers of the Texas Legislature and is now awaiting the governor’s signature to be made into law.
The bill, sponsored in the House by Rep. Ben Lamon, requires the condemner using eminent domain authority to disclose any appraisal reports to be used in a special commissioners’ court hearing three days in advance of the hearing. Currently, Davis said, Texas statutes require landowners to disclose appraisal reports but not condemners.
Texas