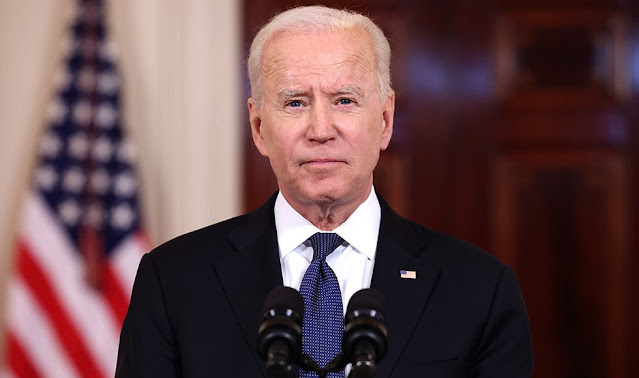 President Biden is set to propose a budget totaling $6 trillion in the coming days, The New York Times reported early Thursday, about a third higher than pre-pandemic spending levels.
The proposal would contain major investments in infrastructure, education and health care, according to the Times, and bring federal spending levels to their highest sustained level since World War II.
Under the plan, documents for which were obtained by the Times, the federal government would spend $6 trillion in the 2022 fiscal year and spending would increase to $8.2 trillion by the year 2031.
The plan demonstrates that Biden shows little interest in taming the deficit, which would remain above $1 trillion through the next decade despite an expected economic recovery. The deficit only exceeded that level in the four-year period following the Great Recession and again after the COVID-19 pandemic slammed the economy.
Rather than find a path to a sustainable debt, the plan would increase the country’s debt burden to 117 percent of gross domestic product by the end of the decade, exceeding its World War II record in 2024.
Writ large, the budget proposal, which the White House is expected to formally lay out on Friday, is an unabashed call for a bigger role for government in the U.S. economy, bringing spending to a quarter of the nation’s annual output, larger than any level before the pandemic.
Presidential budgets are rarely passed in their exact form and therefore serve primarily as a messaging document telegraphing the administration’s priorities.
"The pandemic has only made things worse. Twenty million Americans lost their job in the pandemic, working- and middle-class Americans," Biden said during an address to Congress earlier this year. "At the same time, roughly 650 billionaires in America saw their net worth increase by more than $1 trillion, in the same exact period. Let me say it again. 650 people increased their wealth by more than $1 trillion during this pandemic and they’re now worth more than $4 trillion. My fellow Americans, trickle-down, trickle-down economics has never worked. It’s time to grow the economy from the bottom and the middle out."
It assumes the passage of Biden’s American Jobs Plan and American Families Plan, which call for robust investments to rebuild aging infrastructure, bolster climate-friendly technologies like electric vehicles and dramatically expand the social safety net.
It does not include other major proposals Biden has endorsed, such as an overhaul of unemployment insurance or the addition of a public option in health care.
According to the Times, Biden will also propose increasing defense spending over the previous fiscal year, though the amount would decline as a share of the economy.
That facet of the budget proposal is likely to anger progressives who criticized the president’s "skinny" $1.5 trillion budget proposal for 2022, which only covers discretionary spending, the portion of spending Congress approves on an annual basis.
It called for $753 billion in defense spending, a slight increase over fiscal 2021 levels. In that document, he also proposed inflating domestic spending by 16 percent to $769 billion.
National