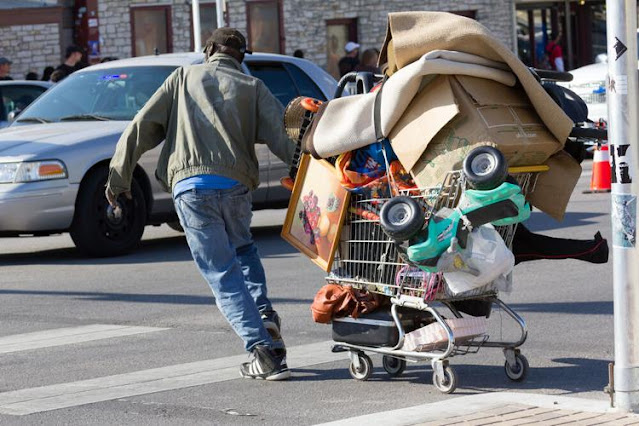 By Bethany Blankley
After battling two years with the Austin City Council, Austinites voted Saturday to reverse a 2019 decision that allowed widespread homeless encampments throughout the city.
Nearly 58% of Austinites voted for Proposition B to ban public vagrancy and to remove the homeless encampments.
In 2019, the City Council repealed a longstanding camping law, by a vote of 9-2, allowing vagrancy squatting in nearly all public spaces, which resulted in the formation of tent cities along sidewalks and neighborhoods, and increased crime reports by double digits.
Year-over-year homicides increased in Austin by 64 percent in 2020, with that number expected to continue to rise. Numerous residents testified at public hearings over the last two years about their experiences with assault, theft, vandalism, and other aggravated crimes allegedly committed by those living in encampments near their apartments, businesses and schools.
By January 2021, Austin residents successfully submitted a petition to force a public vote on the matter.
In response, Democratic Mayor Steve Adler said in January, “Going back to where we were we know doesn’t work – and what we’re doing now we also know doesn’t work.”
By March, Adler and many other Democrats announced their opposition to Proposition B. They included city council member Greg Casar, former congressional candidates Mike Siegel and Julie Oliver, and a range of groups including the Travis County Democratic Party, Indivisible Austin, Texas Working Families Party, University Democrats at the University of Texas, Bend the Arc Austin, Circle C Area Democrats, Grassroots Law Project, Austin DSA, UT YDSA, and Sunrise ATX.
Ten of 11 city council members opposed Proposition B. The exception was Republican Mackenzi Kelly, who was elected in 2020 largely over the vagrancy issue.
Cleo Petricek, a lifelong Democrat and co-founder of citizen group Save Austin Now, pushed forward with the campaign to reverse the city council’s decision and received a record 26,000 votes to get the initiative on the ballot.
“Everyone should ask: Is our community safe? Do we feel that we can let our children walk to the park or go to school or use the trails safely? Do we want this madness to end?” she asked.
“In January 2019, the City of Austin estimated there were 2,500 homeless people in the city proper. Today we estimate that number to be at or above 5,000 and they’re coming from all over the country because of the lawlessness that the City of Austin has embraced,” the group’s cofounder, Matt Mackowiak, said.
“Every day, Austinites are suffering from the free-for-all associated with the City’s deregulation of all public camping and aggressive panhandling,” Save Austin Now’s website states. “It’s not helping the homeless, and it’s not helping Austin.”
Mackowiak said that, instead of following proven successful models such as Austin’s nonprofit Community First micro-home village or Haven for Hope in San Antonio, the Austin City Council spent $161 million over the past three years on efforts that appear to have only resulted in providing 200 new beds annually, costing $13,000 per person per year.
“The Council wants to spend an additional $73 million on homelessness this year … it’s time they show where they’ve been spending the money,” Mackowiak said. He is also asking Austin residents to demand that the City Council disclose where the $161 million went.
In the state legislature, companion bills have been introduced in both the House and Senate to ban public camping statewide and penalize any jurisdiction.
In January, Gov. Greg Abbott pledged that "homelessness is going to be an issue that will be addressed this session.” He also announced he would be proposing “a statewide plan to address homelessness that will include a ban on camping, as well as other ideas to make sure Texas will effectively and aggressively address the homeless situation.”
Abbott has yet to introduce the plan.
Texas