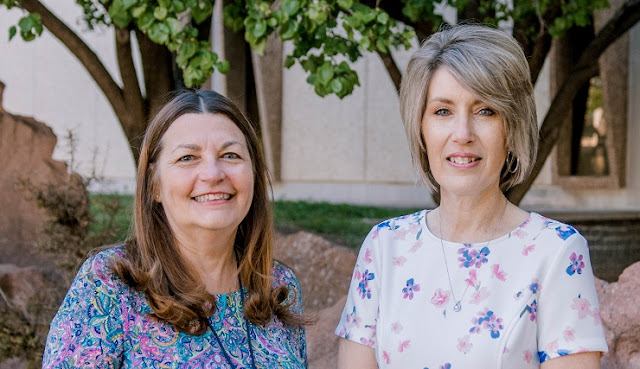 On Tuesday, Amarillo city secretary Frances Hibbs and asst. city secretary Jan Sanders announced their retirements. The announcement ends more than 60 years of combined service to the Amarillo community and its residents.
Hibbs is retiring as city secretary after 31 years of service in different capacities – starting in April 1990. Sanders beat Hibbs to the city by roughly six months – starting in October 1989. She retires as assistant city secretary with 31.5 years of service in various roles.
“People say I came with the building (City Hall),” Sanders said with a laugh.
“I have spent more than half my life at the city,” Hibbs said. “It has been like a second home.”
It would be impossible to count how many city council agendas Hibbs and Sanders have created – or how many phone calls from citizens to which they responded and how many people they have helped in more than three decades.
Hibbs and Sanders have worked with six mayors and five city managers. As for the number of council members – get a calculator.
“Frances is one of the most loyal and responsible people I have ever met. No task on her list ever falls through the cracks. I’m grateful for her service to our city,” said Amarillo Mayor Ginger Nelson. “Jan makes every job easier because of her compassionate heart and unselfish nature. I am thankful for her service to the city.”
Many Amarillo residents know who to call if they have a question or need help – Frances Hibbs or Jan Sanders.
“I truly feel like I have grown up here,” Sanders said. “God has blessed me with so many friends during my career at the city – this is what I will forever cherish.”
“I have made a lot of good friends here,” Hibbs said. “It has been a wonderful and very rewarding career.”
With retirement comes more freedom.
Sanders plans on spending more time with her family, including her father and her grandchildren. She also plans on participating in several volunteer opportunities.
Hibbs has already planned a few road trips this summer.
Neither plan on leaving Amarillo – which is home. And it is a home they have served well and with distinction for more than three decades.
Local