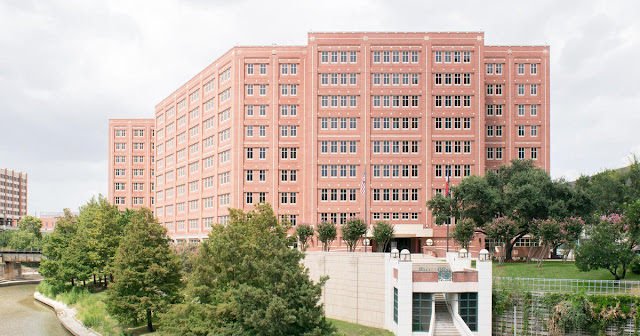 A Texas sheriff’s office has fired 11 jail employees and suspended six others over the February death of a 23-year-old inmate who was allegedly stripped and beaten during the Lone Star State’s severe winter storm.
Harris County Sheriff Ed Gonzalez told reporters Friday that the employees who were let go “betrayed my trust and the trust of our community.”
The sheriff’s office had launched an investigation into the incident involving Jaquaree Simmons, who was pronounced dead from blunt force trauma to the head and a brain bleed a day after jail workers allegedly repeatedly beat the man, out of security cameras’ view.
"During a natural disaster, we expect to see the very best in our employees," Gonzalez said Friday, according to local ABC affiliate KTRK.
Instead, the sheriff said the 11 employees “abused their authority,” adding, “Their conduct toward Mr. Simmons was reprehensible.”
“They showed complete disregard for the safety and well-being of a person they were directly responsible for protecting,” he continued. “They escalated, rather than de-escalated, the situation. Their conduct was unacceptable and inexcusable, and has discredited them, the sheriff's office, and their fellow employees.”
“None of them deserve to wear the Harris County Sheriff's Office patch ever again,” Gonzalez added.
The sheriff said he was “very upset and heartbroken” over the findings of a three-month investigation into Simmons’s death, which concluded that the inmate had three fights with detention officers on Feb. 16 when the jail lost power during the winter storm, according to The Associated Press.
Simmons, who was initially put in jail on Feb. 10 over a weapons charge, first encountered force from jail employees after he used his clothing to clog a toilet in his cell, which caused the room to flood.
Texas experienced a surge of cold weather and a severe winter storm in February, which killed dozens of people in Texas and the surrounding southern states. Many of those who died passed from hypothermia after the cold snap knocked out power grids in the region.
The Washington Post reported that Simmons was then left naked in his cell on one of the coldest days of the year, despite the fact that jail policy mandates that staff notify a supervisor before removing an inmate’s clothing.
Jail staff are also required to give a person a smock after removing their own clothing, the Post noted.
Another encounter allegedly occurred when a detention officer hit Simmons in the face for throwing his meal tray at him, and more officers who were later called to take Simmons for a medical evaluation hit the inmate multiple times in the head, Major Thomas Diaz, who led the internal investigation, said Friday.
The sheriff’s office said Friday that the investigation was complicated by the fact that the incidents took place out of view of security cameras, though officials were able to conduct 73 interviews with 37 employees and 20 jail detainees.
Investigators also reviewed documents like phone records, round sheets, medical records and security footage that was available, KTRK reported.
Texas