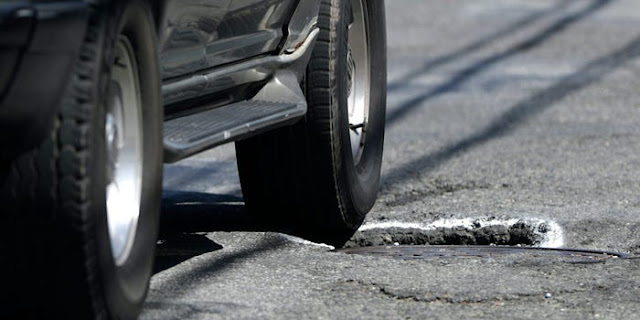 The White House on Monday issued report cards for all 50 states in a bid to highlight why officials say a massive infrastructure bill is necessary.
The Biden administration released fact sheets that break down how each state stacks up in 12 key areas of infrastructure that would be addressed under the American Jobs Plan, President Biden's $2.3 trillion proposal to invest in traditional infrastructure like roads and railways, as well as more progressive areas like the care economy and climate-friendly industries.
The state-by-state reports offer assessments of how each state is faring in terms of roads and bridges, public transportation, resilient infrastructure, drinking water, housing, broadband, caregiving, child care, manufacturing, home energy, clean energy jobs and veterans health.
The vast majority of states received an overall grade of C or C-minus, with Georgia and Utah leading the pack with C-plus grades. Several states, including Biden's home state of Delaware, received D grades.
The fact sheets reflect how the White House is attempting to appeal to leaders at the state and local level to garner support for Biden's infrastructure plan.
The White House did not win over a single Republican vote in Congress for its economic relief package earlier this year, but it frequently cited support from state and local Republican officials.
The president will meet with Democratic and Republican members of Congress at the White House on Monday for the first time since announcing his jobs plan, which has faced Republican resistance over both its contents and its proposed mechanism to pay for the costs.
GOP lawmakers have argued the bill is too expansive beyond typical infrastructure items, likening it to a liberal wish list. And many have balked at raising the corporate tax rate to pay for it.
National