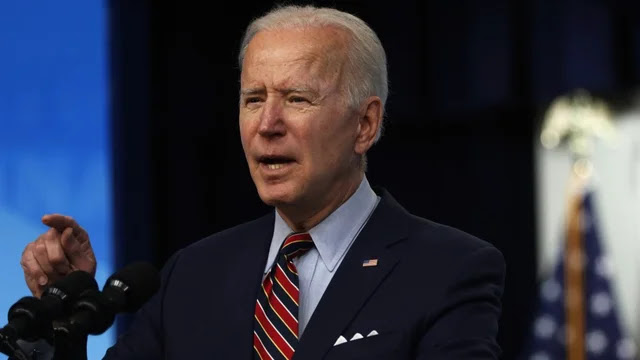 The White House on Monday sought to defend President Biden's forthcoming proposal to nearly double capital gains taxes for the highest-income Americans, saying the change will only impact a small fraction of taxpayers and make the tax code more fair.
White House economic adviser Brian Deese said repeatedly at a press briefing that the capital gains tax proposal would only impact three-tenths of one percent of taxpayers, or about 500,000 households, and described it as a step to equalize taxation of “work and wealth” and return fairness to the tax code.
“The reforms that the president will lay out are focused on this top sliver of people and treating capital gains as the same as wages for that top three tenths of a percent,” Deese said.
Deese appeared alongside White House press secretary Jen Psaki in the briefing room to field questions about Biden’s tax plans, in somewhat of an unusual step given that the White House has yet to lay out the broader legislative proposal that the capital gains tax hike will be a part of.
During his joint session of Congress on Wednesday, Biden is expected to lay out a $1 trillion or more families plan that would invest in child care, universal pre-K, tuition-free community college and paid family leave, which he will propose to pay for with the capital gains tax hike and other tax increases on high-income Americans.
Biden is expected to propose raising the top capital gains tax rate for taxpayers with income above $1 million. This proposal is consistent with Biden’s tax plan during his presidential campaign.
Psaki did not provide specifics when asked if the $1 million threshold would apply to individuals or households.
Currently, the top capital gains rate is 20 percent, plus a 3.8 percent net investment income tax created by ObamaCare. Biden is expected to propose raising the base rate to 39.6 percent, or 43.4 percent when the investment tax is added. The president is also expected to raise the top income tax rate on ordinary income for high earners, and his increase in the capital gains rate would roughly equalize the top rates for wage income and investment income.
Stocks fell on Thursday after Bloomberg News reported that the capital gains increase would be included in Biden’s forthcoming plan, and Republicans said the proposal would be detrimental to the economy.
Deese argued that academic research has found no evidence that capital gains rates significantly impact the level of long-term investment in the economy. He also said that the revenue raised from the capital gains increase would be used to make investments aimed at helping children, which would help to increase long-term productivity and growth.
Deese framed the proposed capital gains increase as an idea aimed at achieving parity in the tax code.
He said that most taxpayers with income under $1 million get most of their income from wages, while most taxpayers with income above this threshold get theirs from investments. That has led some of the very richest taxpayers to have lower effective tax rates than many middle-class families, an issue that Biden and many other Democrats want to address.
“It is the dynamic that has led the president and others to argue that we need to do something about equalizing the taxation work and wealth in this country,” Deese said.
The legislative path forward for the families plan is unclear, given that Biden is still trying to determine how to pass his $2.3 trillion infrastructure and climate package that he laid out at the end of March. The White House is engaging in negotiations with Republicans in Congress about a potential bipartisan agreement, though there is broad skepticism that both parties will be able to come together on a package.
If either package fails to receive Republican support, Biden would need to look to budget reconciliation as an alternative avenue to get something passed, but that would also require ensuring that it retains universal support among Democrats in Congress.
Asked how the White House would convince Republicans and Democrats on Capitol Hill to support the capital gains tax proposal, Deese said that the plan would both ensure the tax system is fair and provide a way to pay for the families plan. At the same time, he noted that Biden welcomes alternative ideas of how to pay for the package.
“We think that the best read of the evidence is actually that making this sort of change for that top three tenths of a percent of taxpayers, equalizing ordinary income and capital gains would restore fairness and do so in a way that wouldn’t significant affect investment and that would allow us to make really high return investments for which there has been broad bipartisan support,” Deese said. “We think that is a pretty sensible way of going about it.”
“This is his vision for how we need to put in place a public investment of the country,” he added. “He is welcoming and encouraging others to come forward with their ideas as well.”
National