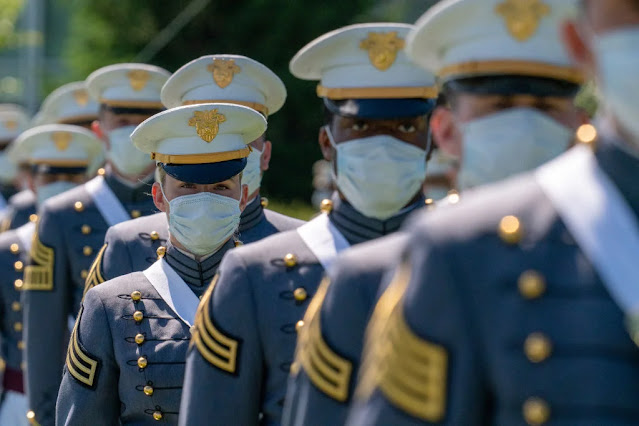 Seventy-three cadets are accused of cheating on exams in the U.S. Military Academy at West Point — a school cheating scandal that is taking place where honor matters the most.
COVID-19 has made remote learning a challenge for some. However, for others, it is apparently making it too easy for cadets to be dishonest on calculus exams, The Wall Street Journal reported.
The U.S. Air Force Academy thinks 249 cadets cheated last spring semester, the Journal reported. The Naval Academy is still determining how many students are involved in cheating during a sophomore-level physics final exam in the fall.
With an honor code that says, “will not lie, cheat, steal, or tolerate those who do,” some publications are calling the scandal the biggest step back for the oldest military academy.
As The Associated Press reported, the scandal is the biggest at West Point since 1976. Then, one hundred fifty-three upperclassmen cadets were caught cheating and forced to resign or get expelled for cheating on an electrical engineering exam.
This year, West Point has decided to hold back 51 cadets a whole year and hold back two cadets six months. All of these cadets are under probation until graduation.
Eight cadets got expelled from the academy, with three cadets getting another opportunity to reapply to the academy after serving one year as an enlisted soldier through the “academy mentorship program.”
Similarly, out of the 153 cadets who cheated in 1976, 90 cadets were readmitted.
National