US raises concerns about Iran's seriousness in nuclear talks 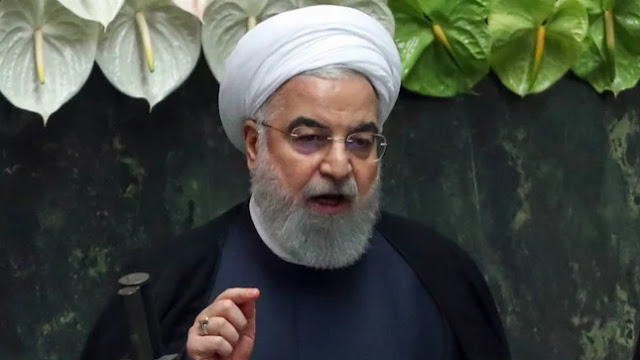 The U.S. is raising concern about Iran’s commitment to return to an international nuclear deal that lifted international sanctions on Tehran in exchange for restrictions on its nuclear activities and international inspections.
Talks are underway in Vienna between signatories to the Joint Comprehensive Plan of Action (JCPOA), the 2015 deal negotiated under former President Barack Obama. Former President Trump removed the U.S. from the deal, and Iran later resumed enriching uranium.
While Iran is participating in the indirect talks with JCPOA participants — namely European, Chinese and Russian interlocutors – it has rejected offers for direct communication with the U.S.
This has caused the talks to be “slower” and “more complicated,” a senior U.S. official said in a briefing with reporters on Friday, and reported back that Iran’s seriousness was in question.
“A question still remains about whether the seriousness of purpose and the intent of coming back into compliance that the U.S. showed will be reciprocated by Iran,” the official said.
“We saw some signs of it but certainly not enough, and there still are question marks about whether Iran has the willingness to do what it will take,” to return to compliance with the deal.
President Biden has said he is committed to rejoining the JCPOA.
The U.S. negotiating team in Vienna is being led by Special Envoy for Iran Robert Malley and discussions got underway Tuesday.
The U.S. is proposing that Iran, which has breached the terms of the agreement related to nuclear activity and limiting international inspections, take its own steps to return to compliance with the deal.
The talks in Vienna are aimed at finding a solution to “mutual compliance.” Yet Iranian officials insist the U.S. take the first step, by verifying that sanctions are lifted.
The senior State Department official called this demand from Tehran unclear over what verified sanctions lifting means in practice, and laid it out as an example of the difficulty of indirect conversations.
“We think it would be better if we could sit down with the Iranians. We're not going to pay a price for that and so if they don't want to meet with us, too bad… it's just going to be much harder for them to get what they say they want, which is a mutual return to compliance.”
The official called the talks “the first step in the first phase” of a potential return to the JCPOA. Talks are expected to resume in Vienna next week.
The European Union, which is chairing the talks between the JCPOA signatories, said in a statement Friday that all participants emphasized their commitment to preserve the nuclear agreement and “discussed modalities to ensure the return to its full and effective implementation.”
An earlier statement noted that the discussions were “constructive and results-oriented exchanges.”
World