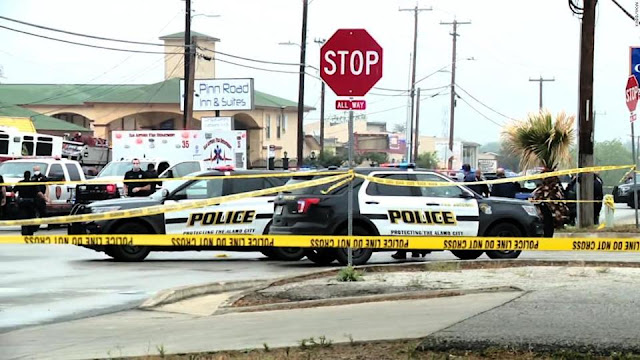 Two people are dead and an officer and another person are wounded in San Antonio, Texas, after a routine traffic stop turned into a shootout.
San Antonio Police Chief William McManus said at a press conference that the officer who was shot is at the hospital and able to talk.
McManus said all the data he had was preliminary, saying the officer had pulled over a car with three people in it.
During the traffic stop, the driver allegedly pulled out a gun and shot the officer in the hand, police said.
"I will also say that the officer is very, very lucky to be alive at that close range, having been shot in the hand, and not somewhere else more vital," McManus said.
Police said the officer, who is a five-year veteran, returned fire, killing two young men in the front of the vehicle. One person was in the back and is currently hospitalized.
"He was an officer patrolling here, (a) routine traffic stop, which turned out to be not so routine after all," McManus said.
Police are not sure why the officer pulled the car over and have not identified a motive for why the shootout took place.
McManus said bodycam footage showed the officer and shooter having a casual conversation before the shooting started.
Texas