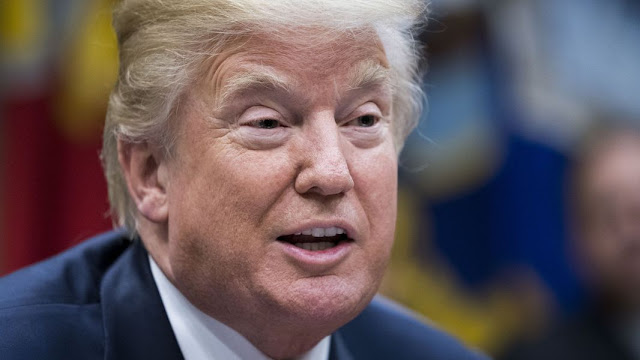 Former President Trump says Republicans have to embrace his political agenda if they want to win back the House and Senate in 2022.
Trump was asked in an interview with Fox News’s Sean Hannity set to air Monday night whether GOP congressional candidates should run on the so-called make America great agenda.
“If they want to win, yes. We’ve expanded the Republican Party,” he said, citing the electoral gains he made among Hispanic voters in the 2020 presidential election. “If you want to win and win big, you have to do that. You have to do it.”
The former president’s remarks drive at the heart of a debate that has dominated Republican political circles since he left office in January: whether the GOP should stick with his divisive brand of ultra-conservative populism or forge a new direction for the party following a series of stinging electoral defeats.
Nearly three months removed from the presidency, Trump remains the most influential Republican in the country, and he has vowed to insert himself into GOP politics as the party seeks to recapture the House and Senate in 2022.
While many Republican candidates are already trying to hitch their political fortunes to Trump, some in the party remain concerned that replicating the former president’s message and strategy will do little to make up for the losses suffered in 2020.
But there’s a political risk for Republicans who are willing to break with Trump. He has already pledged to back primary challenges to Republican incumbents he views as disloyal, including Georgia Gov. Brian Kemp and Sen. Lisa Murkowski (Alaska), one of only seven GOP senators who voted to convict Trump in his second impeachment trial.
National