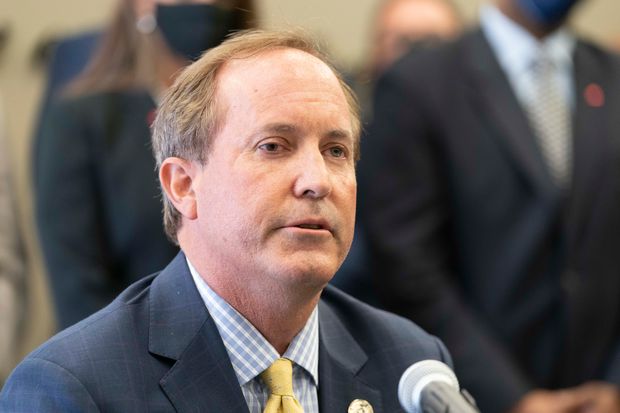 The state of Texas sued the Biden administration Tuesday seeking to reinstate a Trump-era policy that forced migrants arriving at the southern border to wait in Mexico while applying for asylum.
President Biden in his first days in office directed the Department of Homeland Security (DHS) to develop a replacement for the policy known as "Remain in Mexico" that forced more than 60,000 asylum-seekers south across the border.
“The result of this arbitrary and capricious decision has been a huge surge of Central American migrants, including thousands of unaccompanied minors, passing through Mexico in order to advance meritless asylum claims at the U.S. border,” Texas wrote in its suit, filed alongside Missouri in the U.S. District Court for the Northern District of Texas.
Biden’s DHS in February announced that those who had been removed to Mexico under Trump’s Migrant Protection Protocols policy could begin to enter the U.S. DHS started by opening three ports of entry and processing up to 300 people per day.
Texas’s case argues the Biden administration violated the Administrative Procedures Act, with the federal government failing to sufficiently consult with the state before implementing a new plan.
The case makes repeated assertions that the state bears the burden of “illegal immigration,” though U.S. law allows migrants to apply for asylum at the border.
Neither the White House nor DHS immediately responded to request for comment.
The suit is the third Texas has filed challenging Biden’s immigration moves. Earlier this year it secured a win that blocked Biden’s attempt to pause deportations for his first 100 days in office.
Last week the state also sued over Immigration and Customs Enforcement (ICE) policy changes reducing reliance on "detainers" that allow ICE officials to request local authorities hold foreign nationals for up to 48 hours after their sentences are scheduled to end.
The Trump administration faced a number of suits challenging the legality of its so-called Remain in Mexico policy, including a suit brought by the American Civil Liberties Union and immigration advocacy groups slated to be heard by the Supreme Court.
The Biden administration in February convinced the Supreme Court to cancel the hearing based on its commitment to replacing the policy.
Texas