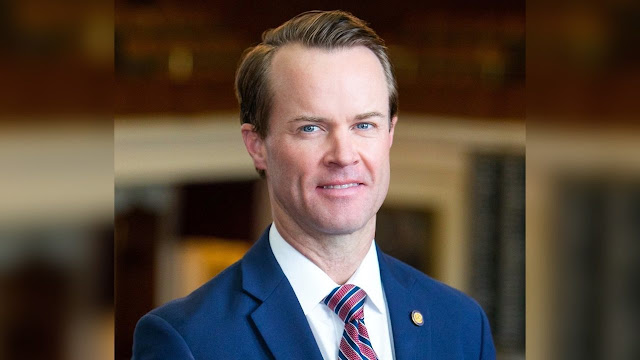 The Speaker of Texas's state House of Representatives said Monday that the state should adopt changes to its sexual harassment training and reporting procedures after the state House was rocked by an allegation that a lobbyist used a date rape drug on a House staffer.
The Texas Tribune reported that Speaker Dade Phelan (R) said Monday that he was "disgusted that this sort of predatory behavior is still taking place in and around our Capitol" during a floor speech soon after the chamber came to order.
"Victims shouldn't have to decide between their career and coming forward," he reportedly added. "That has to change."
His remarks come in response to a revelation over the weekend that a member of the Austin-based lobbying firm HillCo Partners was under criminal investigation over the allegation. The firm has also hired an outside investigator to look at the claims internally.
“If facts come to light that anyone associated with HillCo Partners had any involvement with such conduct, that person will be immediately terminated,” HillCo co-founder Buddy Jones wrote in a letter to the firm's employees, according to the Austin American-Statesman.
No arrests or charges have yet resulted from the investigation, and the identity of both the accused and accuser have not been released.
At least one other lawmaker, state Rep. Dustin Burrows (R) has said that lobbyists from HillCo Partners would be banned from their office while the investigation is underway, and added that the firm would be permanently banned if the allegation was found to be true.
Texas