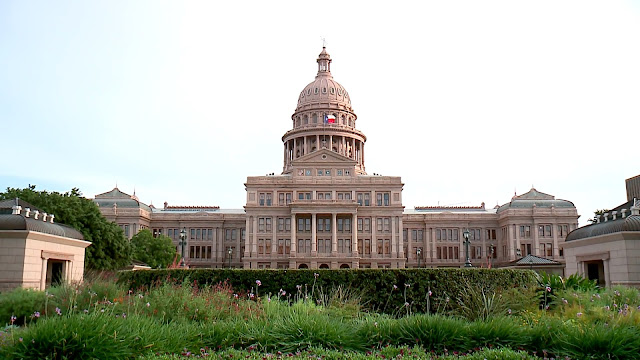 The Texas Senate on Thursday passed a bill blocking social media platforms from banning residents based on their political views.
The Texas Tribune reported that Senate Bill 12 passed shortly after 2 a.m. on Thursday. The measure now heads to the Texas House, where there are two identical bills that have not moved out of their committee, according to the Tribune.
Texas Sen. Bryan Hughes (R), the Senate bill’s sponsor, said in a video posted to Twitter that the bill will “get Texans back online.”
“I think we all have to acknowledge that social media companies are the new town square. A small group of people in San Francisco can’t dictate free speech for the rest of us," Hugues said. "It needs to be an open exchange of ideas and Senate Bill 12 is going to get Texans back online.”
SB 12 bans platforms from censoring a “user, a user’s expression, or user’s ability to receive the expression of another person” based on their viewpoints or geographical location, according to its text. The measure also requires social media companies to publicly disclose information regarding their practices around how they target content for users, promote content and services, and moderate content.
The bill would also allow the state Attorney General to bring action against platforms that violate the law, and recover costs incurred in bringing the action if successful.
The measure applies to any platforms and services that “functionally has more than 100 million active users in a calendar month.”
The measure comes as conservatives complain that “Big Tech” companies, including Facebook, Twitter and Instagram, target their content over their political views.
Texas Gov. Greg Abbott (R) expressed his concern about "censorship" in a statement in early March supporting the state Senate bill.
“America was built on freedom of speech and healthy public debate, and efforts to silence conservative viewpoints on social media are wrong and weaken public discourse,” Abbot said.
“With SB 12, Senator Hughes is taking a stand against Big Tech’s political censorship and protecting Texans’ right to freedom of expression,” he said.
Texas