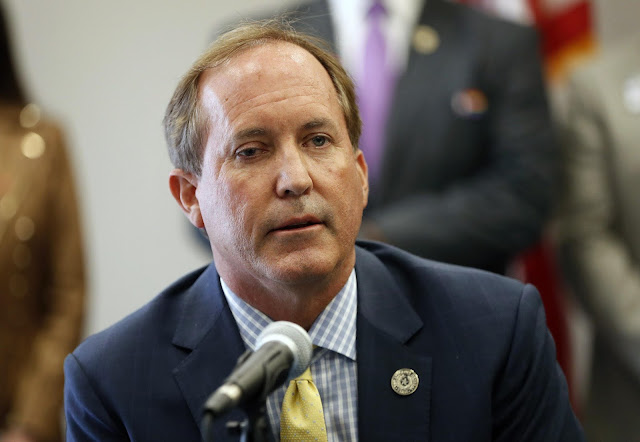 Texas Attorney General Ken Paxton (R) has been sued for blocking people on Twitter.
The suit was filed on Thursday in a Texas federal court by The Knight First Amendment Institute at Columbia University and the American Civil Liberties Union of Texas on behalf of nine plaintiffs who say they were blocked from his @KenPaxtonTX account after criticizing him.
The suit argues that Paxton uses the @KenPaxtonTX account often to announce and defend policies and legal challenges brought by his office, and tweets from it often in an official capacity.
Paxton also tweets from the @TXAG account, which is the official account of the state’s Office of Attorney General, but he “often makes official announcements from the @KenPaxtonTX account,” the suit says.
The suit outlines multiple instances of Paxton blocking critics. For example, plaintiff John Ruffer, who is the president of the University of Texas at El Paso College Democrats, says in the suit that he was blocked from @KenPaxtonTC on Feb. 28.
Ruffer tweeted that Paxton should “wear a mask nerd” in response to a photo of Paxton with another person at the Conservative Political Action Conference (CPAC) in which neither were wearing a mask.
The suit asks the Court to declare that Paxton’s blocking of critics to be unconstitutional, and to enjoin him from blocking people from the account based on their viewpoints.
Kate Huddleston, an attorney for the ACLU of Texas, said in a statement that Paxton’s actions violate the First Amendment.
“This is yet another example of the Attorney General’s many violations of Texans’ civil rights and liberties and an authoritarian effort to suppress speech with which he disagrees.They argue that Paxton’s blocking of the individuals violates the First Amendment,” Huddleston said.
This is not the first time federal courts have litigated the issue of politicians blocking critics on Twitter. The Knight Institute previously filed a suit against former President Trump in 2017 after he blocked several people that were critical of him from his @realDonaldTrump account.
Federal courts found that Trump’s account was a public forum and that blocking critics violated free speech. However, the Supreme Court recently vacated that ruling, finding it moot since the former president has since been banned from Twitter.
Texas