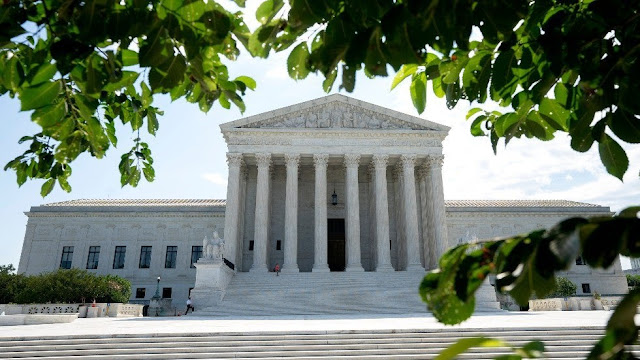 The Supreme Court on Monday denied appeals from three people who sought to have their right to own guns reinstated after being convicted of nonviolent crimes, a move that disappointed gun rights advocates.
The denials, which were issued without comment or noted dissent, left intact lower court rulings which found that the lifetime bans did not run afoul of Second Amendment protections.
One case involved a Pennsylvania man who sought to have his right to own a firearm restored after he was subjected to a lifetime ban following a misdemeanor conviction for driving under the influence in 2005.
The other cases involved a Pennsylvania woman convicted of lying on her tax returns and a man convicted of copyright violations and smuggling counterfeit cassette tapes in 1987.
For a case to be heard, or granted a writ of certiorari, at least four justices must vote to take up the case.
Adam Kraut, an attorney with the Firearms Policy Coalition (FPC) which represented two of the petitioners, expressed disappointment with the court’s rebuff but said his group would continue to challenge what it sees as unlawful gun restrictions.
“While we are disappointed the Supreme Court chose to allow grossly improper lower court rulings to stand, FPC will continue our aggressive litigation strategy,” Kraut said in a statement.
The denied petitions come amid a series of mass shootings throughout the U.S.
Eight people were killed in a string of shootings at Atlanta-area spas on March 16, and 10 people were killed in a shooting at a supermarket in Boulder, Colo., on March 22.
Last week, a man opened fire on a FedEx facility, killing eight people. Police later confirmed that the suspect used two assault rifles that he purchased legally.
National