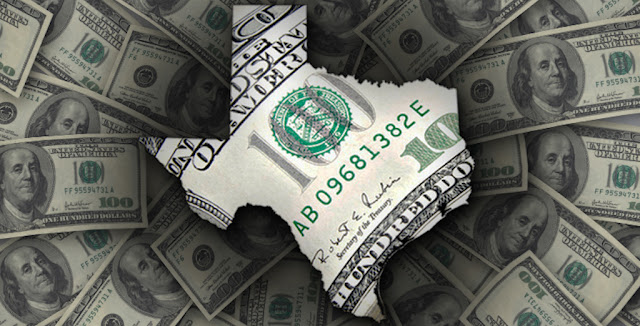 A loophole in 2019’s Senate Bill (SB) 2 allowed cities and counties across the entire state to raise property taxes above the bill’s new limits due to the coronavirus disaster declaration. But one piece of legislation passed this week to close that loophole.
SB 1438 and passed overwhelmingly through the Senate. House Bill (HB) 3376, its identical House companion, was pulled on the House floor on Wednesday to expedite the process for the Senate version.
Since the realization of the loophole a year ago, SB 2’s chief architects — Sen. Paul Bettencourt (R-Houston) and Rep. Dustin Burrows (R-Lubbock) — pushed back on its usage by localities.
The loophole was written into statute with a disaster like Hurricane Harvey in mind — one of regional scope and that would create physical damage. But the code itself did not make that specification.
At the center of the debate is whether the code, through legislative intent, applies only to disasters that cause explicitly physical damage or if through plain reading of the statute it applies to any disaster declaration — even one more economic in nature like the COVID-19 pandemic.
The City of Houston adopted the tax increase loophole while Dallas considered it but ultimately relented after facing public pressure.
SB 1438, by Bettencourt, passed earlier this week in expedited fashion through the Senate. It ties the qualification of the loophole to the four tiers of “qualified property damage” in state code. The provision provides a specific anchor from which to operate in deciding who, what, and where qualifies for the property tax extension. Under current law, it is left largely to the discretion of the localities.
“It was important to tie the physical damage to the automatic damage exemptions in code approved by the voters in a recent constitutional amendment to have a positive ‘lock’ on the trigger,” Bettencourt said.
“Thus, the four new tier exemptions are key as with a hurricane or other event. These changes keep it from being left to a taxing unit’s discretion that various cities and counties exercised like in Houston.”
One amendment on the bill pushed by Bettencourt prohibits localities from leapfrogging from one disaster to another in a subsequent year for the purposes of the loophole — either for the same disaster or a different one.
The bill also addresses school districts where the loophole currently excludes them. “When increased expenditure of money by a school district is necessary to respond to a disaster,” the language reads, a ratifying election is not required for a property tax increase the year following the calamity. However, the disasters it explicitly excludes from this are a “drought, epidemic, or pandemic.”
That is the same exclusion for other taxing units under this bill.
“A pandemic should never be an excuse to raise property taxes, especially beyond the voter-approval rate,” Burrows said.
“While many jurisdictions rejected doing this, some took advantage of a loophole. I am proud to work with Chairs Meyer and Bettencourt to close this in statute for taxpayers.”
Not an explicit closure of the loophole, a provision within Burrows’ disaster powers bill, HB 3, provides recourse for localities that use it — specifically to tie them to the no-new-revenue rate the following year.
The issue has been a focal point for Republicans under the pink dome this session.
Something to watch outside of this legislation is that February’s winter storm, which very much caused physical damage and likewise resulted in a statewide disaster declaration by Governor Greg Abbott, triggered the same loophole the pandemic did a year ago — except this time the physical-economic factor doesn’t qualify.
With the amended language in Bettencourt’s bill, taxing units that used the loophole last year would not be eligible to this year under either the pandemic or winter storm disaster declarations. But others that did not may be able to under this new law as it’d be their first time using the loophole.
Bettencourt, Burrows, and others were successful last year in discouraging multiple localities who were considering using the loophole from adopting it. But others blew right past that stop sign and may look to again with the current statutory green light in place.
Passage of this law aims to prevent as much of that as possible.
Texas