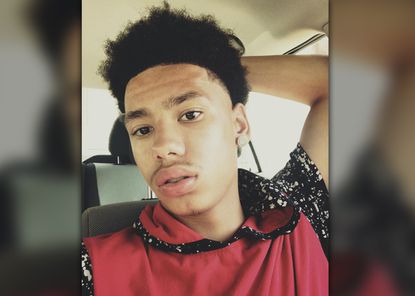 The officer who police say fatally shot Daunte Wright, a 20-year-old Black man, in Brooklyn Center, Minn., on Sunday has resigned, along with the local police chief.
"I am tendering my resignation from the Brooklyn Center Police Department effective immediately," officer Kim Potter said in a letter obtained by local media outlets.
"I have loved every minute of being a police officer and serving this community to the best of my ability, but I believe it is in the best interest of the community, the department, and to my fellow officers if I resign immediately," Potter added.
Brooklyn Center Police Chief Tim Gannon has also resigned, Mayor Mike Elliott announced during a news conference on Tuesday afternoon.
Wright died Sunday after being shot during a traffic stop. The local police chief said he thought the officer intended to deploy her Taser when she instead fired her service weapon.
Potter was previously identified as the officer who shot Wright, and she had been placed on administrative leave following the incident.
The shooting sparked two days of demonstrations in Minnesota, with protesters clashing with police and pouring into the streets of the Minneapolis suburb to renew calls for police reform.
In bodycam footage that was released on Monday, Potter could be heard saying, “Holy shit. I just shot him” immediately after her interaction with Wright.
Potter, 48, is a 26-year veteran of the police force. She was once union president for her department’s officers and has been a longtime member of the Law Enforcement Memorial Association, according to the Star Tribune.
She was previously involved in another police shooting two years ago, being the first officer on the scene after 21-year-old Kobe Dimock-Heisler was shot. Dimock-Heisler, who was on the autism spectrum, allegedly rushed at the two other police officers at the scene.
Potter reportedly told the two officers to "exit the residence, get into separate squad cars, turn off their body worn cameras, and to not talk to each other," the Tribune reported. The officers' actions were found to be justified, and no one was charged.
Sunday's fatal shooting comes amid the ongoing trial of Derek Chauvin, a former Minneapolis police officer accused of murdering George Floyd last year.
National