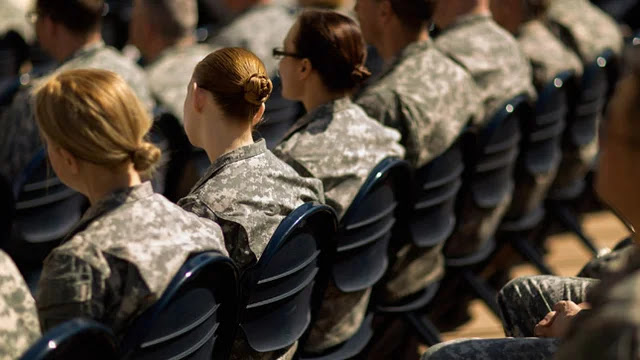 A Pentagon panel is recommending that the military take decisions to prosecute service members for sexual assault outside the chain of command.
The Associated Press on Friday first reported the recommendation — made by a civilian-led commission created by Defense Secretary Lloyd Austin in February — which would mark a major reversal of military policy.
Press Secretary John Kirby confirmed to reporters later Friday that Austin had received some initial recommendations from the independent review commission and that he asked the heads of the military services “to take a look at them and give him their honest, candid feedback about it.”
Kirby would not go into specifics about the recommendations, only that some involved “the accountability line of effort.”
The Pentagon chief is expected to gather input from the service leaders and his own policy experts before making a final decision, Kirby added.
The Defense Department for decades has fiercely argued to keep sexual assault and harassment cases within the chain of command, claiming it would create a breakdown in unit cohesion if the decision were taken out of their hands.
But the Biden administration has made clear it intends to address the pervasive issue of sexual assault and harassment in the military, with Austin stating that tackling the problem is one of his top priorities on the job.
Congress has also vehemently pushed for the change with efforts led by Sen. Kirsten Gillibrand (D-N.Y.), who for years has tried to attach an amendment to the National Defense Authorization Act that would take away from military commanders the decision to prosecute sexual assault and other serious crimes, and give that authority to independent military prosecutors.
The AP reported that the commission advised the designation of independent judge advocates — who would report to a civilian-led office of the Chief Special Victim Prosecutor — to decide whether to charge someone and if that charge should go to a court martial in certain cases of special victims crimes including sexual assault, sexual harassment and possibly certain hate crimes.
The panel also advised that sexual harassment claims be looked into by those outside the chain of command. Should such a charge be found true, the military should immediately begin the process of discharging the perpetrator from the force while other legal proceedings play out.
Two officials with knowledge of the recommendations told the AP that a big part of the panel’s recommendation came from the belief that many service members do not trust the system and that the changes would help restore their faith.
Kirby stressed that the panel was only giving its “initial recommendations” as its efforts are part of a 90-day process and “we’re only 30 days into it.”
“We’ve got a long way to go between now and when they complete their work,” he said, adding that Austin “wants to keep an open mind about it.”
The officials told the AP they expect Austin to give service leaders roughly a month to review the recommendations and come back to him with their opinions.
National