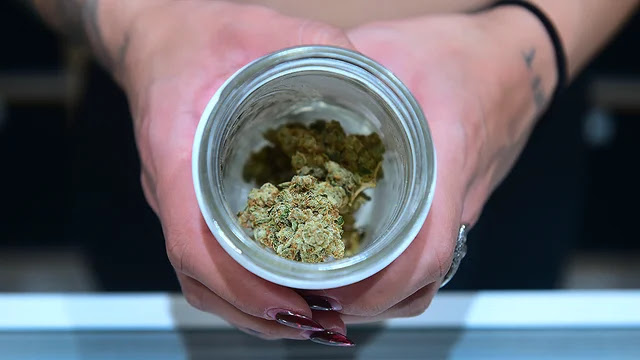 New Mexico Gov. Michelle Lujan-Grisham (D) on Monday signed legislation to legalize the use and sale of recreational marijuana, as well as to expunge the records of people with prior, low-level cannabis convictions.
Lujan-Grisham has advocated for legalization since taking office, and she called the state Legislature into a special session last month to vote on the bills, after lawmakers failed to do so before the regular legislative session expired.
"The legalization of adult-use cannabis paves the way for the creation of a new economic driver in our state with the promise of creating thousands of good paying jobs for years to come,” Lujan-Grisham said in a statement.
“We are going to increase consumer safety by creating a bona fide industry. We’re going to start righting past wrongs of this country’s failed war on drugs. And we’re going to break new ground in an industry that may well transform New Mexico’s economic future for the better,” Lujan-Grisham said.
The governor noted that the sentencing component of the law could impact up to tens of thousands of New Mexicans, and make possible the potential early release of low-level convicted cannabis offenders who are currently incarcerated.
The governor’s signature launches an administrative process that will culminate in the launch of commercial sales for adults no later than April 1, 2022. The issuance of licenses to conduct commercial cannabis activity will begin no later than Jan. 1, 2022.
Under the legislation, recreational marijuana sales would initially be taxed at 12 percent, eventually rising to 18 percent. Medical marijuana would be exempt,
Adults over the age of 21 will be allowed to purchase and possess up to two ounces of cannabis, 16 grams of cannabis concentrates and 800 milligrams of infused edibles. Home growers will be allowed six plants per person, with a cap of 12 plants per household.
The legislation will give the governor regulatory oversight of the new industry, as it will create a new Cannabis Control Division, part of the state Regulation and Licensing Department.
The also creates a Public Health Advisory Board to monitor cannabis use and data pertaining to the health effects of legalizing cannabis.
The Department of Health is also required to provide annual reports, including information on youth access, driving and road safety, workplace safety, consumer and product safety and emergency room visits involving cannabis.
The governor said legalization will generate needed tax revenue to help the state recover from the coronavirus pandemic.
"As we look to rebound from the economic downturn caused by the pandemic, entrepreneurs will benefit from this great opportunity to create lucrative new enterprises, the state and local governments will benefit from the added revenue and, importantly, workers will benefit from the chance to land new types of jobs and build careers,” Lujan-Grisham said.
The legislation makes New Mexico the third state in recent weeks to pass legislation legalizing recreational marijuana. New York Gov. Andrew Cuomo (D) signed a bill at the end of March, and Virginia Gov. Ralph Northam (D) last week convinced lawmakers to move up the effective date of legalization by three years.
Local