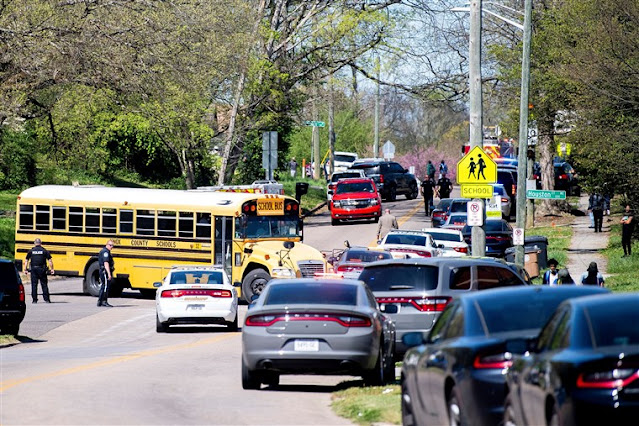 Multiple people were shot, including a police officer, at a high school in Knoxville, Tenn., on Monday, according to Knoxville police.
Knoxville Police tweeted just before 4 p.m. that the shooting was reported at Austin-East Magnet High School. Multiple agencies are responding.
Knox County Schools superintendent Bob Thomas tweeted that the school building has been secured, and students who were not involved in the incident were released to their families.
In a separate tweet, Thomas said the school is “gathering information about this tragic situation and will provide additional information as soon as possible.”
The Bureau of Alcohol, Tobacco, Firearms and Explosives (ATF) Nashville field office confirmed in a tweet that special agents are responding to the shooting at the school
Agents from the Tennessee Bureau of Investigations are also responding to the incident, according to a tweet from the bureau.
Tennessee Gov. Bill Lee (R) said he has been informed of the “very difficult and tragic” situation, but had no further details.
National