More than 100 injured in stampede at religious festival in Israel 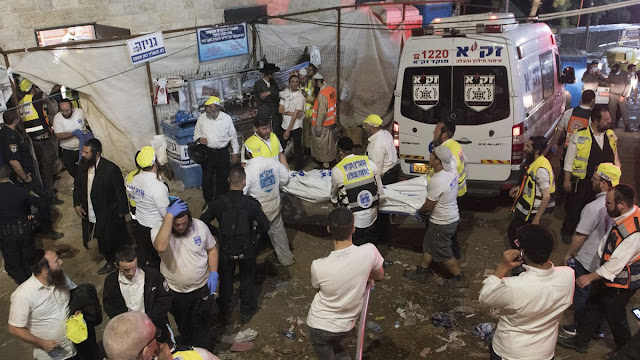 More than 100 people have been injured in a stampede at a religious festival in Israel Thursday.
The incident happened at a festival where tens of thousands of people were in attendance for Lag BaOmer, a Jewish holiday, according to a report from The Associated Press.
“Tragedy in Meron: MDA is fighting for the lives of dozens wounded, and will not give up until the last victim is evacuated,” Magen David Adom, the country’s national EMS service, tweeted.
The stampede occurred when a grandstand collapsed at the festival.
Over 100 people have been injured and 38 are in critical condition according to Magen David Adaom.
No deaths have been reported, according to the medical service.
Israel recently lifted its outdoor mask mandate as 81 percent of those over the age of 16 are fully vaccinated.
This festival was the first large religious event hosted in the country since the COVID-19 pandemic began.
There were an estimated 100,000 Jewish people at the event on Thursday, the New York Times reported.
Prime Minister Benjamin Netanyahu said the stampede and injuries were “a terrible disaster.”
World