MLB gathering feedback from teams, executives on moving All-Star game out of Georgia 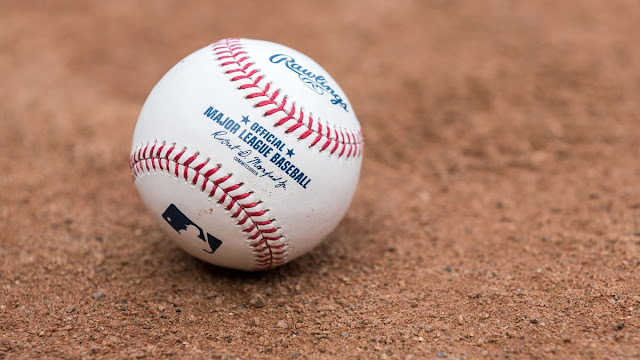 The MLB is gathering feedback from teams and executives on moving the All-Star game out of Georgia over the state’s recently-enacted controversial voting law.
MLB Commissioner Rob Manfred told The Associated Press in an interview published Wednesday that he and Tony Clark, director of the Major League Baseball Players Association, have begun preliminary discussions, and expects “more substantive conversations” going forward.
“He wanted to have a conversation. I completely understand why Tony would want to have a conversation about this topic,” Manfred told AP.
“We’ve actually had a preliminary kind of conversation, and there will be more substantive conversations about that,” Manfred continued. “I am talking to various constituencies within the game and I’m just not going beyond that in terms of what I would consider or not consider.”
The comments come roughly a week after Clark told The Boston Globe that he would “look forward” to discussing moving the game out of Georgia.
“As it relates to the All-Star game, we have not had a conversation with the league on that issue," Clark said at the time. "If there is an opportunity to, we would look forward to having that conversation."
Discussion around the game comes amid continuing backlash over SB 202, which Gov. Brian Kemp (R) signed into law last week.
While the bill expanded early voting hours, it imposed additional ID requirements for mail-in voting and makes it a crime for non-election workers provide food and water to voters standing in line, among its many provisions.
Democrats and activists alike have slammed the bill, arguing that it restricts voter access rather than expanding it. Within a week of its enactment, the law has already been hit with three major lawsuits.
President Biden told ESPN on Wednesday that he would support moving the All-Star game out of Georgia over the bill, which he dubbed as “Jim Crow on steroids.”
“The very people who are victimized the most are the people who are the leaders in these various sports. And it’s just not right," he added. "This is Jim Crow on steroids ... what they’re doing in Georgia.”
National