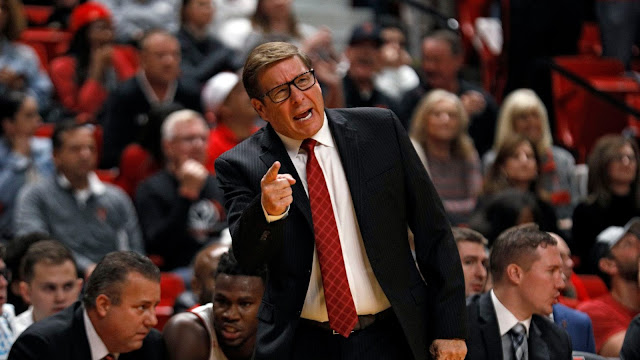 Mark Adams has been named Texas Tech men's basketball's new head coach, ESPN and Tech Director of Athletics, Kirby Hocutt, announced on Monday.
Adams drew strong consideration having been inside Tech's program from 2013-2015, and then 2016 to present day, serving as an associate head coach under former head coach Chris Beard, and prior, a Director of Basketball Operations.
However, despite being an associate, Adams manufactured and led Tech's calling card: its defense
Adams' no-middle concept has led the Red Raiders to become a national defensive powerhouse of late, including the No. 1 defense in the nation during the year of Tech's national title run.
But before Tech, Adams had a storied career, all based out of West Texas.
As a 1979 graduate of Tech, Adams stepped into the coaching light, compiling 15 Coach of the Year honors on the way, according to Tech Athletics.
He has coached at all levels, reaching the national tournament at the NJCAA level three times, NCAA Division II level twice and at the NAIA level three times.
His tenure as a coach also spans through numerous schools: Clarendon College, Wayland Baptist, West Texas A&M, Texas Pan-American, Howard College, Tech and Little Rock.
Now, Adams will step into the limelight following working under Beard.
Beard offered Adams a job at his new school, Texas; an offer which he declined.
Adams will now be tasked with hiring a new staff following the transfer of many members out of the program following Beard's departure.
Local