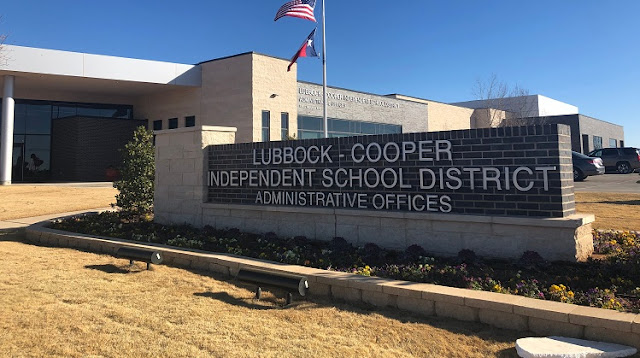 During a special called meeting in February, the Lubbock-Cooper ISD Board of Trustees unanimously approved a $420 million bond proposal and called for an election in May. Residents living within Lubbock-Cooper ISD’s boundaries will be able to vote on the bond April 19-27 during early voting and on Election Day, May 1.
The proposal includes a second high school campus, third middle school campus, sixth elementary school campus, and a number of renovation projects at existing campuses. Also included in the package are HVAC and roofing improvements and athletic additions to existing campuses. Proposed projects would be prioritized over the course of 8-10 years, beginning with the second high school.
LCISD will actually have three bond proposals on the ballot. The bonds total $420 million, but the school district says because of a new state law, the bond needs to be broken up into three separate ballot measures.
One bond proposal is $338 million for the construction of the three schools, and the renovations to some of the existing schools. Another bond is $31 million for all the athletic facilities at the new high school: fieldhouse, locker rooms, tennis courts and practice fields. And the third bond is $51 million for the football stadium and competition gym at the new high school, plus an additional competition gym at the existing high school.
“Lubbock-Cooper is the fastest growing school district in our region, and one of the fastest growing school districts in the state,” said LCISD Superintendent Keith Bryant. “This proposal was carefully developed to address current and future enrollment. Our growth is a direct reflection of the high quality education provided by LCISD teachers and the welcoming, family-oriented Lubbock-Cooper community. We aim to maintain this culture while accommodating every student and family who wishes to be a part of it.”
The proposal comes amid steadily rising student enrollment and a projected enrollment increase of more than 3,200 students, or 45%, by the close of the decade.
“Our growth shows no signs of slowing,” said LCISD Board of Trustees President Paul Ehlers. “It is the responsibility of the LCISD Board of Trustees to thoroughly assess the needs of the district and remain proactive. Our students and community rely on the Board to ensure safe, comfortable, quality academic and extracurricular facilities. The projects included in this bond package will provide for our children for many years to come.”
Local