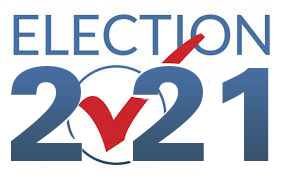 As our local election approaches the finish line, negative campaign ads have started to hit the mail boxes of Amarillo residents. The politics of hysteria is in full bloom.
Political ads sent through the mail, broadcast on the airwaves or streamed on the Internet all too frequently carry the same message — Be afraid! Be very afraid! It's not that Candidate A has a sensible platform that deserves your support, but that Candidate B is a malevolent extremist with a hidden agenda.
It's not a partisan tactic. Democrats and Republicans alike draw water from this poisonous well.
Every election cycle brings with it a barrage of inescapable negative advertising from every side and in all forms: television, radio, print, direct mail, and online. And at a certain point in every election cycle, these negative ads are a leading driver of the fatigue so many of us feel, especially as campaign cycles get longer and the ads seem to get nastier as Election Day approaches.
Across the political spectrum, every election brings the same exhausted complaints: “I hate watching TV anymore because of all the negative ads! I just can’t wait for this election to be over!” Those types of common refrains would suggest that negative ads turn people off and therefore actually carry more risk than upside.
That suggestion, though, is wrong; the reason so many candidates turn to negative advertising in this and every election cycle is simple. Negative advertising works.
Few candidates launch a campaign with the intention of going negative. In fact, many start with lofty ideals of running a positive campaign on the issues — not character attacks or the politics of personal destruction. And the truth is that many candidates are uncomfortable with the negative ads that they run, even if they clearly state in the ad, “I’m Candidate X and I approve this message.”
If anyone is to blame for this, it’s the consultants who run campaigns and come up with these ads for a living. Those who make their livelihoods doing this know that it can be the best strategy for getting to the magic number that means victory. And in any campaign, victory is everything.
At the beginning of an election cycle, coming out early to define your opponent before they can define themselves can be instrumental in running their campaign off the rails before it has a chance to even begin. Incumbents have a particular advantage here, with an organization, strong media relationships, and established pollsters with the infrastructure to test messages during the critical early stages.
In other words, if you’re an incumbent running for reelection, and opposition research shows that your opponent once voted for or otherwise supported a tax increase — no matter how well-intentioned or necessary — you use polling to find out which label will do the most damage: “tax raiser,” “job killer,” or “establishment politician,” for example. Identify which one moves the needle the most with the audiences you need to persuade, and hammer it mercilessly until the electorate cannot separate your opponent from the phrase that turns them off.
Getting the public at large to see your opponent early and often as that which they do not want in office can substantially cut a rival campaign’s legs out from underneath it. It can hurt your opponent’s fundraising efforts, their ability to attract endorsements or outside support, and enthusiasm for the volunteer base that is absolutely necessary to turn out voters on Election Day. In so doing, your efforts over the rest of the campaign become much easier and victory all the more likely.
In the later stages of a campaign, negative advertising takes a different strategy. While continuing to dampen enthusiasm with your opponent’s likely voters, you can energize your base and your supporters to vote by portraying the other candidate as an absolute monster – the worst of the worst. And even though most voters will remark on how tired they are of all the negative ads, the characterizations resonate with voters far more than positive pieces do.
These are all time tested and well established methods and justifications. Historically, character attacks and harsh recriminations are nothing new. Presidential candidates have been using negative advertising and personal insults for just about as long as presidential elections have taken place.
As one example, in 1800 Thomas Jefferson and John Adams really went at it, using some of the harshest attacks that could be levied at the time. Jefferson hired a political pamphleteer and journalist — one of the first political consultants in American campaigns – to attack John Adams, who was running for reelection to his second term in office. Jefferson’s hatchet man, James Callender, published “The Prospect Before Us,” an anti-Federalist pamphlet that outlined the pervasiveness of political corruption, especially in the Adams administration. Other Jefferson surrogates implied that John Adams was too feminine to hold office, having “neither the force and firmness of a man, nor the gentleness and sensibility of a woman.”
In retaliation, Adams’ camp threw a number of slurs back at Jefferson, and the tradition of American political mudslinging was well under way. Other campaigns throughout history have been similarly vicious, and to great effect. Barry Goldwater faced the “Daisy” ad in 1964 — an ad that aired only once but remains famous to this day. Michael Dukakis faced the “Willie Horton” ad in 1988. John Kerry faced the Swift Boaters for Truth in 2004. And the list goes on and on.
In many ways, negative advertising is as deeply ingrained in American elections as democracy itself. Candidates don’t always like it, and the public largely hates it, but we do it because, it is highly effective in emphasizing the most abhorrent and unpalatable qualities of our political opponents. And as much as we all would like to see substantive debates on the issues, far too often these negative traits are the ones that are deciding factors. Until that changes — and it is unlikely to — we’ll just have to continue counting down the days until the election is over.
Opinion