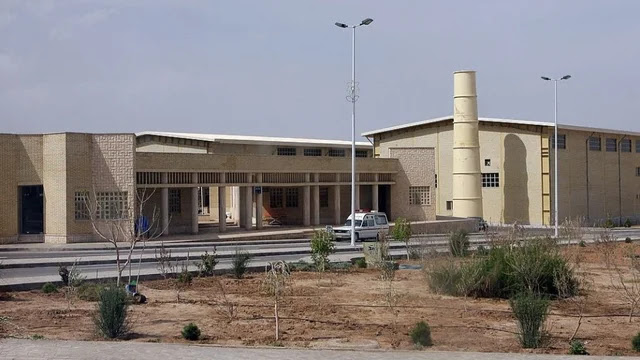 Iran on Monday accused Israel of being behind a sabotage attack on an underground nuclear facility and warned that there would be a response.
Iranian Foreign Ministry spokesman Saeed Khatibzadeh blamed Israel for the act of “nuclear terrorism” that took place on Sunday, The Associated Press reports.
The news service notes that Israel has not claimed responsibility for the attack, though Israeli Prime Minister Benjamin Netanyahu has previously said that he would do anything to stop Iran’s nuclear program, calling it an “existential threat” to his country.
However, multiple Israeli news outlets reported that an Israeli cyberattack was behind the apparent blackout at the Natanz site, with some pointing to the Israeli intelligence agency Mossad.
Iranian state television reported on Sunday that a problem in the Natanz facility's electrical distribution grid damaged centrifuges used to enrich uranium. The incident occurred on the same day U.S. Defense Secretary Lloyd Austin met with Israeli government officials and reaffirmed the U.S.'s "ironclad" commitment to the country.
Iranian Foreign Minister Mohammad Javad Zarif said the Natanz facility would be rebuilt with more advanced machines that would allow Tehran to more quickly enrich uranium, according to the AP.
“The Zionists wanted to take revenge against the Iranian people for their success on the path of lifting sanctions,” Zarif was quoted as saying by the state-run IRNA news agency. “But we do not allow [it], and we will take revenge for this action against the Zionists.”
The attack could disrupt talks that began in Vienna last week to reduce Iran's nuclear program, the AP notes. President Biden has said that he would be willing to reenter a nuclear agreement with Iran after former President Trump withdrew from the pact in 2018.
World