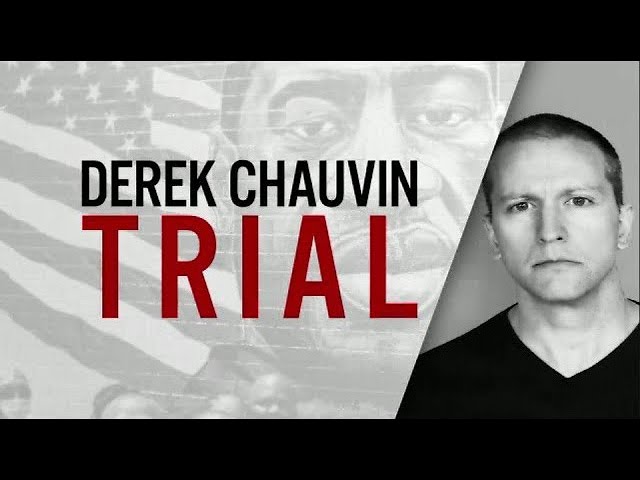 Testimony from Minneapolis forensic pathologists, including the doctor who performed the autopsy of George Floyd, were front and center in the murder trial of former Minneapolis police officer Derek Chauvin on Friday.
Lindsey Thomas, a semi-retired forensic pathologist with more than 35 years of experience, began the 10th day of trial proceedings in the high-profile case.
Forensic and other medical professionals have been a mainstay during the latter part of this week’s testimony, with the prosecution focused on Floyd's cause of death on May 25.
Cause of death is a key battleground in the trial.
For Chauvin’s most serious charge — second-degree murder — to stick, the prosecution has to prove that Chauvin had intent to attack Floyd by kneeling on his neck for roughly nine minutes, unintentionally killing him in the process.
Graphic bystander footage of the fatal arrest has frequently been played during the trial, showing Floyd pleading with Chauvin and stating that he couldn’t breathe. Chauvin continued to kneel on Floyd after he became unresponsive and didn’t release restraint until paramedics arrived on the scene.
Floyd had no pulse when the paramedics arrived, and was later pronounced dead at Hennepin County Medical Center.
Prosecution chips away at the defense’s defense
The prosecution has repeatedly pointed to the cause of death that was listed on Floyd’s autopsy report by the Hennepin County Medical Examiner’s Office: "Cardiopulmonary arrest [the stopping of both the heart and lungs] complicating law enforcement subdual, restraint, and neck compression.”
But Chauvin defense attorney Eric Nelson has maintained that Floyd died from a combination of the drugs in his system and his underlying heart disease.
The defense’s stance took a hit on Thursday when pulmonologist Martin Tobin drew rapt attention from the jury with his testimony in which he stated that Floyd died from lack of oxygen, otherwise known as asphyxia.
“Mr. Floyd died from a low level of oxygen, and this caused damage to his brain that we see and it also caused a PEA [pulseless electrical activity] arrhythmia that caused his heart to stop,” Martin Tobin told prosecutor Jerry Blackwell.
Tobin also pointed out the moment when he believes Floyd’s oxygen level reached zero.
“The knee remained on the neck for another three minutes and two seconds after we reach the point where there is not one ounce of oxygen left in the body,” Tobin told the court.
Like Tobin, Thomas’s testimony refuted the claims that Chauvin’s actions didn’t lead to Floyd’s death.
Thomas, who spent a considerable amount of her career with the Hennepin County Medical Examiner’s Office, broke down the stated cause of Floyd’s death.
She explained to the court that the term “cardiopulmonary arrest,” isn’t unique — everyone’s heart and lungs stop when they die — but that forensic pathologists use the term to differentiate from cardiac arrest — a heart attack.
“What it means to me is that the activities of the law enforcement officers resulted in Mr. Floyd’s death,” Thomas said. “Mr. Floyd was in a position because of the subdual restraint and [neck] compression, where he was unable to get enough oxygen in to maintain his body functions.”
Driving her point home later during her testimony, Thomas added: “There's no evidence to suggest he would have died that night except for the interactions with law enforcement."
Author of Floyd autopsy report testifies
After the court’s lunch break, Andrew Baker, the Hennepin County Medical Examiner who performed Floyd’s autopsy, took the stand.
In his afternoon testimony, Baker acknowledged that Floyd did have underlying heart disease — a slightly enlarged heart and multiple occluded coronary arteries — as well as fentanyl and methamphetamine in his system.
The doctor told the court that he listed them as “significant conditions,” because he believed that they played a role in Floyd’s death, but were not direct reasons.
“In my opinion, the law enforcement subdual restraint and the neck compression was just more than Mr Floyd could take by virtue of those heart conditions,” he told the court.
Nelson’s cross-examination of Baker was lengthy, but the doctor often either deferred to what he had previously said or to specialists such as pulmonologists and toxicologists that have already testified during the trial.
"I would still classify [Floyd’s death] as a homicide today,” Baker told Blackwell at the end of his testimony.
A homicide designation has a different meaning in autopsies. Medical examiners have five possible designations to choose from when determining cause of death: Natural, accident, suicide, homicide and undetermined.
Homicide in his field of forensic pathology, Baker explained, means death at the hands of someone else.
Looking ahead
Thomas and Baker were the only two witnesses to testify on Friday.
Before adjourning the court for the weekend just before 4 p.m. local time, Hennepin County Judge Peter Cahill told the jury that there was one additional medical doctor that would testify on Monday.
It is expected that the prosecution will rest early next week, giving way to the defense’s slate of witness testimony.
National