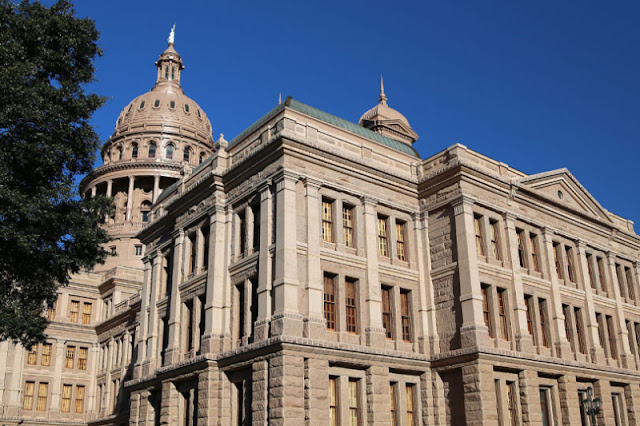 By Jennifer Whitlock
The Texas Farm Animal Liability Act (FALA) looks set to be expanded to livestock producers during the 87th Texas Legislature, according to Texas Farm Bureau (TFB) State Legislative Director Charlie Leal.
Currently, the statue recognizes the risk involved in dealing with farm animals at public events, agritourism operations, livestock shows and rodeos, but Leal said the same protections are not extended to farms and ranches.
“HB 365, the Farm Animal Liability Act expansion bill, seeks to expand coverage for farmers, ranchers and employees on farms and ranches from the inherent risks of livestock that could possibly cause any type of injury,” he said in an interview with the Texas Farm Bureau Radio Network. “Those are the same animals, no matter if they’re at a public event or they’re in your pasture. So, we would just like to see that liability protection expanded.”
Rep. Andrew Murr of Junction sponsored HB 365 in the Texas House, which passed on April 1 with no opposition. The bill is now headed to the Senate, where Sen. Drew Springer of Munster will take up the bill.
“Hopefully, we’ll see the same in the Senate that we saw in the House,” Leal said.
Sunset bills to continue the Texas Animal Health Commission and the Texas Department of Agriculture are also advancing in the Legislature. Earlier this month, a sunset bill for the Texas Animal Health Commission (TAHC) was passed unanimously out of the Senate and is now awaiting a vote in the Texas House.
In Texas, the “sunset” process works by setting a date on which a state agency is abolished unless the legislature passes a bill to continue it. In the two years leading up to the agency’s review date, the Texas Sunset Commission evaluates the agency and issues recommendations for positive changes.
Once the commission’s recommendations have been heard by the Texas Legislature, a sunset bill on that agency is drafted and filed.
This legislative session, TAHC and the Texas Department of Agriculture (TDA) were both up for review. Leal said the TDA sunset bill has passed the Senate as well and is on its way to the House.
“These bills are obviously very important to those of us in agriculture,” he said. “While we expect them both to pass pretty easily, with sunset bills, you never know what’s going to happen. There may be some amendments on the House side that catch some people by surprise, but we’ll be monitoring that and be sure to update our members on anything that catches our attention.”
Texas