Court packing is a bonehead idea 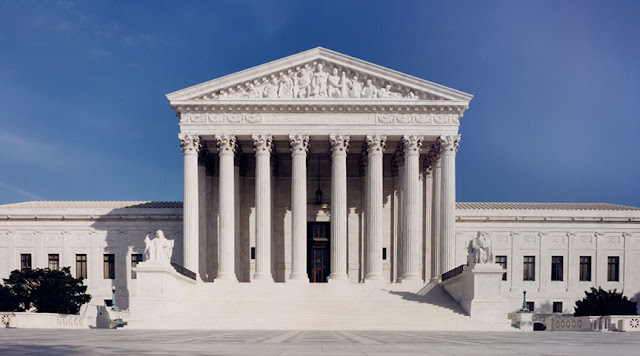 “It was a bonehead idea. It was a terrible, terrible mistake to make. And it put in question, for an entire decade, the independence of the most significant body… in this country, the Supreme Court of the United States of America.”
So said Joe Biden in 1983. He was denouncing Franklin D. Roosevelt’s “court packing” plan, which would have empowered the president to appoint up to six new justices to the nation’s highest court. But fast forward to 2021, and President Biden is singing a different tune.
This month, he established a committee to study the possibility of packing the court. Not to be outdone, his allies in Congress promptly introduced a bill that would add four justices to the bench. While the legislation’s path forward is unclear, there’s no question: Court packing has more momentum than at any point since the 1930s.
Yet the Joe Biden of yesteryear was right. Historically, court packing was a terrible idea, as a matter of politics and principle. Court packing is the majority party adding justices to the court in order to get the political results they desire. As history shows us, once a country does this, the independence of the judiciary is over. You no longer have “Constitutional rights.” You have whatever “rights” the majority party lets you have.
The parallels between FDR’s court packing plan and the current Democratic court packing push are many. Then, as now, a liberal president felt hemmed in by a constitutionalist Supreme Court majority. Then, as now, court packing seemed to be a viable solution to sweep away the opposition. Most importantly, most Americans then, as now, broadly recognized that court packing endangered the country’s constitutional order.
The history of FDR’s effort is instructive. Like President Biden in 2020, FDR refused to endorse the idea of court packing in his 1936 presidential campaign, never even discussing the court during the campaign. Once elected, however, he swiftly introduced a court packing proposal. The response from the American public was equally swift.
As Congress began debating FDR’s plan, Americans deluged their senators and representatives. It was common for members of Congress to receive thousands of letters on the topic each day — a rarity at the time. As FDR experts have noted, Americans saw the Supreme Court as “sacrosanct,” and their elected leaders in Congress ultimately reflected that view. The debate in Congress took months, only to fail in the end, thanks to bipartisan opposition — and several Supreme Court decisions that upheld Roosevelt’s New Deal programs.
Court packing took 168 days to fail in 1937. In 2021, President Biden has given his commission 180 days, though the debate will surely go beyond that deadline. As this process plays out, the biggest question is where the American people stand on the issue. Fortunately, new polling from the First Liberty Institute proves that Americans are still overwhelmingly opposed to this dangerous policy.
In a recent poll of 1,100 registered voters across the political spectrum, 68 percent of Americans oppose court packing in any form. This includes virtually all Republicans, the overwhelming majority of independents, and even a third of Democrats. More than half oppose President Biden’s commission, while only 43 percent support it.
There’s no need to wonder why Americans feel this way. A plurality of voters worry that court packing would undermine the Supreme Court’s independence — a crucial feature of our constitutional structure of separation of powers. By a more than 2-to-1 margin, voters also worry that court packing would weaken protection of fundamental freedoms enshrined in the Constitution. Nearly two-thirds see court packing as a partisan attempt to increase political power, while nearly 60 percent believe that Biden is using court packing to threaten the Supreme Court into submission.
The people are right. A packed Supreme Court most likely would permanently politicize the Supreme Court, removing the separation of powers. The court would simply be an adjunct under the president’s and Congress’ political party in charge. Its legitimacy would wither, eroding public confidence in its rulings. And the rulings themselves would surely deserve it. Whatever rights you cherish most — religious liberty, the right to keep and bear arms, free speech, private property rights, freedom of the press — could be in jeopardy. Other countries have done this to disastrous results.
Biden was right the first time: Court packing is a boneheaded idea. If the president and Democrats in Congress move forward, the country will not be on their side. Americans know that the last thing we need is a Supreme Court coup. We need our constitutional system. It’s the envy of the world.
Opinion