Arrest made in 2020 Amarillo murder 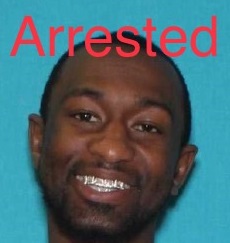 On April 29th, 2021, Darius Qumaine Allen was located by the Gulf Coast Violent Offenders Task Force in Houston, Texas.
Allen was taken into custody and booked into the Harris County Jail. He is being held on two warrants out of Potter County, Murder and Aggravated Assault with a Deadly Weapon.
On July 17 at 2:01 pm, Amarillo police officers were dispatched to a residence in the 100 block of S. Tennessee Street on an assault.
When officers arrived, they located Barry Ray Hemphill, 42, deceased from a gunshot wound to the upper body. APD Homicide Detectives identified Allen, 29, as the suspect in the shooting.
Local