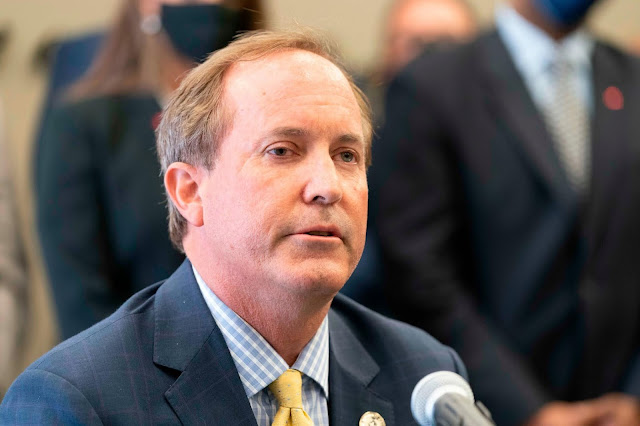 Twitter is suing Texas Attorney General Ken Paxton (R), seeking to block his office from allegedly retaliating against the company for its decision to ban former President Trump from the platform.
Politico first reported the lawsuit Monday evening, filed in northern California. The suit accuses Paxton of using the powers of his elected office to retaliate against the company over what it called a protected decision under the First Amendment.
“Paxton made clear that he will use the full weight of his office, including his expansive investigatory powers, to retaliate against Twitter for having made editorial decisions with which he disagrees,” Twitter attorneys said in court documents, according to Politico.
“Twitter seeks to stop AG Paxton from unlawfully abusing his authority as the highest law-enforcement officer of the State of Texas to intimidate, harass, and target Twitter in retaliation for Twitter’s exercise of its First Amendment rights,” they continued, according to Politico.
The suit hinges around Paxton's vow to investigate Twitter over its decision to ban Trump from the platform in the wake of the deadly breach of the U.S. Capitol in January. Paxton sent a civil investigative demand to the company asking for information about the ban in mid-January, The Texas Tribune reported.
"A core part of Twitter’s mission is to protect freedom of expression and defend an Open Internet. We work every day to protect those interests for the people who use our service around the world. The First Amendment protects everyone’s right to free speech, including private businesses," a Twitter spokesperson told The Hill.
"In this case, the Texas Attorney General is misusing the powers of his office to infringe on Twitter’s First Amendment rights and attempt to silence free speech. As we’ve repeatedly stated, and recent research underscores, we enforce the Twitter Rules judiciously and impartially across our service," they added.
Twitter permanently suspended Trump's account on Jan. 8, two days after the riot, explaining at the time that two of the president's tweets sent following the riot could be interpreted as condoning violence.
"Due to the ongoing tensions in the United States, and an uptick in the global conversation in regards to the people who violently stormed the Capitol on January 6, 2021, these two Tweets must be read in the context of broader events in the country and the ways in which the President’s statements can be mobilized by different audiences, including to incite violence, as well as in the context of the pattern of behavior from this account in recent weeks," the company said at the time.
Texas