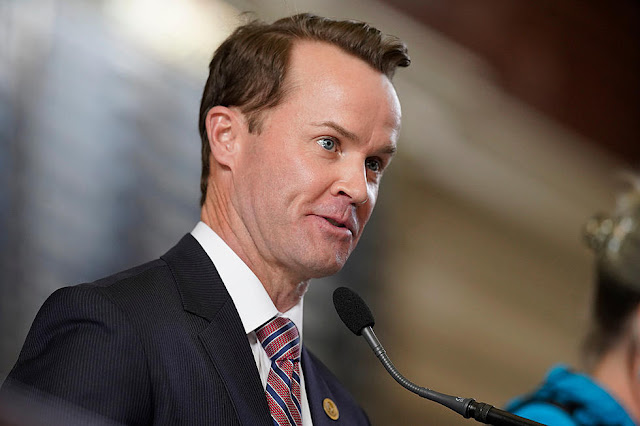 By Bethany Blankley
The House State Affairs committee met Thursday to address issues related to the mid-February power outage and subsequent overcharge of $16 billion passed on to consumers through a directive from the Public Utility Commission to ERCOT, the agency that manages Texas’ grid.
After the Texas Senate pushed through legislation to reverse the charges this week, led by Lt. Gov. Dan Patrick, House Speaker Dade Phelan said the House would not vote on the bill.
The House State Affairs Committee has already conducted a deliberative examination of ERCOT’s electric rates during Winter Storm Uri, Phelan said.
“According to the testimony provided by the Public Utility Commission of Texas, the Independent Market Monitor economists for ERCOT downgraded their initial cost estimates from $16 billion to $3.2 billion, and we now recognize more clearly the winners and losers affected by repricing,” he said in a statement.
Phelan said he disagreed with Patrick’s approach and that the higher bills being passed on to consumers are not erroneous, but a “proactive decision” made by the PUC and ERCOT. Since the overcharges and public outcry, the heads of both ERCOT and PUC have resigned. The newest appointee to the PUC resigned within weeks of having been appointed by Gov. Greg Abbott.
“Repricing based on disagreement with PUC and ERCOT’s management decisions is an extraordinary government intervention into the free market, which may have major consequences for both residential and commercial consumers going forward,” Phelan said of the state Senate’s attempt to reverse the overcharge.
Phelan also said House members have filed bills to address variable electrical pricing going forward.
Patrick fired back on the Senate floor, arguing Phelan and House members “never bothered to ask questions of the PUC chair about his conflicting testimony with the Senate.
“The Texas Senate stood for individuals, and I’m proud of you. The House stood for big business,” Patrick said.
The lieutenant governor also again asked the governor to weigh in.
“The governor has yet to weigh in on what his opinion was. He said he left it to the legislature,” Patrick said. “Well, Mr. Governor, the Texas Senate has spoken, and you have still not weighed in. And we believe you still have time to correct it.”
In order for the Senate’s bill to have gone into effect, the House would have needed to pass it, and the governor sign it by Friday, the date set by ERCOT and energy trades to finalize the price hike implemented during the storm. Because Phelan rejected the Senate bill, the price hike will likely go into effect, impacting millions of Texans.
Phelan sided with ERCOT, PUC and energy companies to keep in place the higher prices.
“ERCOT and PUC failed Texas repeatedly during this tragic event, but the decisions made on pricing were made based on ensuring the reliability of the grid,” Phelan said. “I believe that the decisions may have saved lives.”
The Senate bill is not scheduled for any hearings and is moot after March 20.
Abbott, who said the energy crisis was a legislative priority, also defended the PUC’s decision to keep the $16 billion in overcharges. He wrote Patrick in a letter, “As a former Texas Supreme Court Justice and former Attorney General, I agree with the position of the PUC Chair about his inability to take the action you requested.”
Abbott had called on the Legislature to address the “correction of any billing errors,” but also expressed that he did not think repricing – reversing the $16 billion in overcharges – was the right solution.
The PUC Commission chair, Arthur D’Andrea, who has since resigned, insisted the PUC did not have the authority to allow repricing, even though it was the one that had authorized ERCOT to increase pricing in mid-February to begin with.
Phelan’s office told The Houston Chronicle, “Speaker Phelan and Lt. Gov. Patrick have had no conversation about SB 2142.”
Partially because of the PUC's and ERCOT’s decisions, the state’s largest electric power cooperative, Brazos Electric Power Cooperative, filed for bankruptcy earlier this month.
San Antonio’s CPS Energy said it lost $1 billion and sued ERCOT on Friday, alleging ERCOT erred by leaving the maximum prices authorized by the PUC in place too long.
Phelan maintains that after hearing roughly 30 hours of testimony over the past several weeks, House members have filed a number of bills to address the energy-related problems.
Texas