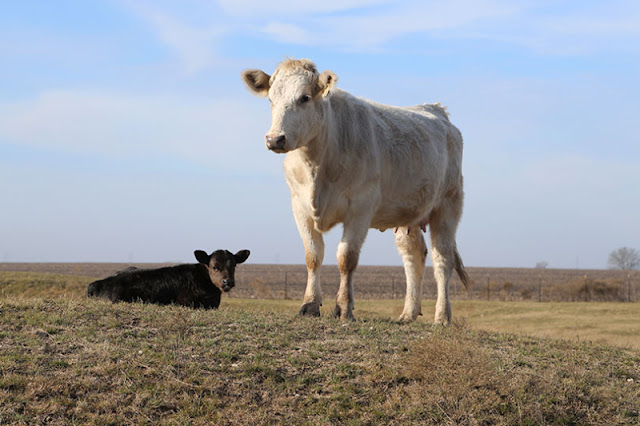 By Jennifer Whitlock
In order to spring forward to warmer months and the hope for improving range and forage conditions, Texas farmers and ranchers have to first look back to the havoc created by Winter Storm Uri at the end of winter.
Impacts from the winter weather will linger in different ways throughout spring, according to Tracy Tomascik, Texas Farm Bureau (TFB) associate director for Commodity and Regulatory Activities.
“This storm system was unique in that it stretched really far south, much further than normal, where we have a lot more Brahman-influenced cattle. That particular breed seemed to take the cold weather a little harder. That’s understandable, being that they’re more adapted to a tropic environment,” he said in an interview with the Texas Farm Bureau Radio Network. “But we’re seeing some unfortunate effects, particularly in young calves born in that timeframe.”
After the storm system brought one last blast of prolonged and unexpectedly cold weather to the Lone Star State, farmers and ranchers are ready for greener pastures.
But that’s not the case for much of the state’s rangeland and pasture conditions, Tomascik said.
“Unfortunately, the majority of Texas is under some sort of drought conditions, anywhere from just abnormally dry to exceptional drought in certain parts of the state. We need that moisture to spring us into the new season and to help the forages flourish while the temperatures increase and our soil temperature gets up to a growing point. Right now, for parts of Texas, there’s not enough moisture to sustain things,” he said. “Now, ranchers are not seeing the conditions we would normally expect in March and April. We’re really delayed in regard to producing our spring grasses that would normally be very flush by this point in the year.”
However, there are some silver linings.
Agronomists expected many cultivated wheat and oat fields would be severely diminished after the storm. But Tomascik said it appears some of those crops were planted a little later, especially wheat crops. They seem to have escaped catastrophic damage and have recovered well, he noted.
“When you look at the livestock side of things, the stocker operations and the beef cattle that are stretched all across the state of Texas, it looks like they’re going to be able to salvage some of that grazing and some of that production from those acres,” he said. “If you’re going to look for a silver lining, that’s definitely one of them.”
As of March 22, the total area of the state impacted by drought increased for the fourth consecutive week, according to data from the Texas Water Development Board (TWDB). Some improvement was seen in the Panhandle and West Texas, but Central, East and South Texas slipped further into drought conditions.
Local