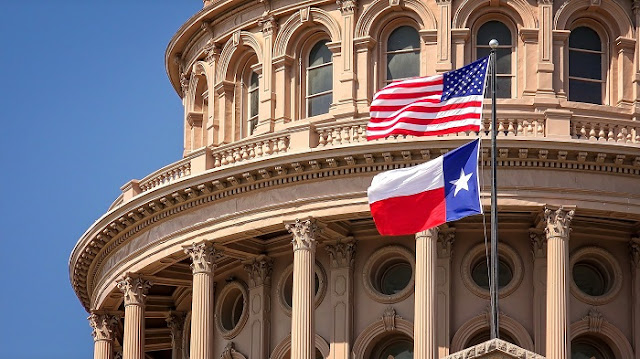 Texas House Speaker Dade Phelan (R-Beaumont) presided over his first set of bill votes on the floor of the Texas House on Wednesday. The body swiftly passed a light docket of five bills on second reading with little obstruction.
The most notable bill passed was the alcohol-to-go legalization touted by Phelan and Gov. Greg Abbott, which would make permanent the action by Abbott early in the pandemic that allowed restaurants to sell cocktails with their food takeout orders.
Other bills passed included House Bill (HB) 682, by Rep. Ina Minjarez (D-San Antonio), aiming to strengthen notification requirements for the Department of Family and Protective Services (DFPS) during child abuse or neglect investigations. An amendment by Rep. Cody Vasut (R-Angleton) altered it slightly, establishing that DFPS’s notice must be written and signed to prove acknowledgment.
HB 119 by Rep. Brooks Landgraf (R-Odessa) would prohibit health care providers from denying organ transplant requests on the basis of an individual’s disability and HB 1070 would expand some exemptions for pest control workers from licensing requirements.
But the most action came on the other bill, HB 867.
Heard first, Rep. Senfronia Thompson’s (D-Houston) legislation aimed to align state law with its federal counterpart regarding qualified domestic relations orders (QDRS) in child support disputes. QDRS’s can be used to confiscate delinquent child support payments from pensions or other employment benefits to fulfill those obligations.
The first bill-related floor conflict came when Rep. Bryan Slaton (R-Royse City) offered an amendment to halt the QDRS proceedings if amid an intra-parent dispute over their child’s sex and the use of those child support funds for gender transition measures until a resolution can be reached.
In his outlay of the bill, Slaton emphasized the measure’s roots in the 2019 viral case of James Younger — a boy whose parents dispute his gender identity. His mother insists he is transgender and wants to identify as a female, while his father says the opposite and argues no action should be taken while he is a minor. The issue first arose when the child chose a female-oriented toy in a Happy Meal.
The father, Jeff Younger, was in the House gallery at the time.
Upon Slaton’s reading, Thompson issued a Point of Order — a procedural maneuver to challenge the validity of an amendment. Thompson’s challenge focused on the amendment’s germaneness. After an extended period of time flipping through booklets of rules and code and arguing their cases to the parliamentarian, Thompson’s motion was sustained.
Slaton’s amendment failed and HB 867 passed on second reading.
Each of the bills was approved by voice vote, where members verbally vote for or against the legislation. Not one record vote, where members must publicly record their position on a bill to be placed in the House journal, was taken.
At the outset, Phelan told the body that if they had a record vote request, it must be brought forward before the particular bill was presented.
That’s a change from previous sessions when legislators could call for a record vote up until the vote itself and shout it from their seats throughout the chamber rather than stopping by the dais.
Nonetheless, the Texas House is off and running with 68 days until the end of the legislative session.
Texas