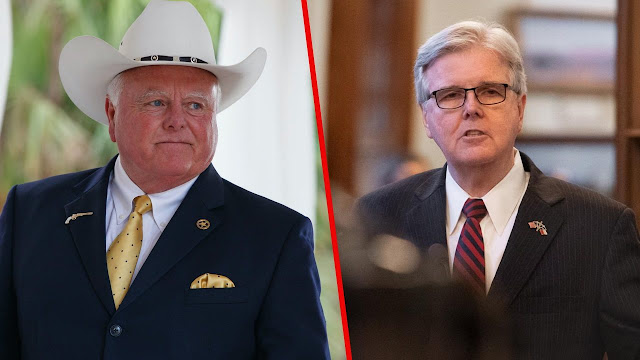 Texas Agriculture Commissioner Sid Miller and Harris County's Dr. Steven Hotze have filed a lawsuit against Lt. Gov. Dan Patrick, Sergeant at Arms Rick DeLeon and the Texas Senate over the requirement of COVID-19 tests for people participating in Texas Senate hearings.
In the lawsuit, they claim Patrick "led an unconstitutional effort to shut down Plaintiff's and all Texans' access to the Texas State Senate" by requiring individuals to wear a wristband demonstrating a negative COVID-19 test upon entry to the Senate gallery.
Hotze claims that he tried to enter the gallery on March 2, but he was told by DeLeon that he could not enter until he was tested and received the wristband. Hotze was told that he would need to go to the tents outside the Capitol's north entrance to be tested. He was also told that proof of vaccination would not suffice.
The lawsuit states that when Hotze went to the testing tents, he was told he would need to complete registration paperwork prior to being tested. After being tested, he would then need to wait for the results. However, he refused to go through with the procedure and was ultimately denied access to the Senate.
On the same day, Hotze said he was able to enter the Texas House gallery where he was told he could enter the gallery and any committee hearing without having to show proof of testing. He said he was also able to enter the public areas of the Capitol.
The plaintiffs are suing for injunctive relief and declaratory relief. They're seeking monetary relief of less than $100,000.
Texas