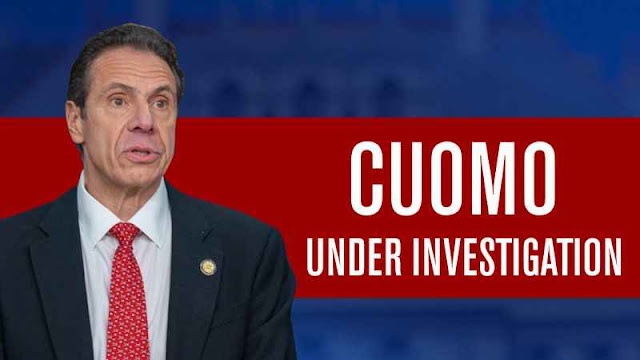 Another woman on Tuesday accused New York Gov. Andrew Cuomo (D) of sexual harassment, the sixth person to come forward with claims of inappropriate conduct against the elected official as he faces calls to resign.
The Albany Times Union reported the latest allegation, in which the woman recently told a supervisor in the executive chamber that Cuomo inappropriately touched her late last year at the governor’s mansion.
The Times Union reported the woman, whose identity the outlet withheld because she could not be reached for comment, is a member of the executive chamber staff and had been summoned to the mansion to do work, according to an official close to the matter.
The Times Union reported that Cuomo’s office learned of the allegation over the weekend and it was reported to the governor’s counsel by other employees in the chamber.
The news outlet added that the complaint was sent along by the governor’s office to the office of New York Attorney General Letitia James (D), which is overseeing a probe into the multiple harassment allegations made against the governor by former aides and other women in recent weeks.
Beth Garvey, acting counselor to the governor, said in a statement to the Times Union Tuesday, “All allegations that we learn of directly or indirectly are going promptly to the investigators appointed by the attorney general."
Tuesday’s report follows accusations brought forth by several women in which they detailed alleged unwanted sexual advances made by Cuomo.
Former aides Charlotte Bennett and Lindsey Boylan initially came forward with allegations of inappropriate behavior. Both alleged that Cuomo made several inappropriate sexual remarks while they worked in his office, with Boylan also accusing the governor of kissing her without her consent on one occasion.
Another woman, Anna Ruch, who did not work for Cuomo, told The New York Times that Cuomo grabbed her and attempted to kiss her at a wedding.
The Washington Post and Wall Street Journal over the weekend published stories in which two additional women came forward with details of alleged inappropriate behavior by Cuomo, including when he served as the head of Housing and Urban Development two decades ago.
Democratic and Republican lawmakers in New York have called on Cuomo to resign amid the allegations, including the leaders of the state Senate and Assembly, though the governor has repeatedly pushed back against doing so. He did, however, issue an apology at a press briefing last week, acknowledging, “I now understand that I acted in a way that made people feel uncomfortable.”
“It was unintentional, and I truly and deeply apologize for it. I feel awful about it, and frankly, I am embarrassed by it. And that’s not easy to say. But that’s the truth,” Cuomo said.
Attorney General James on Monday announced the appointment of U.S. Attorney Joon Kim as well as Anne Clark, a specialist in employment discrimination law, to lead the probe commissioned by her office into the various allegations against the governor.
National