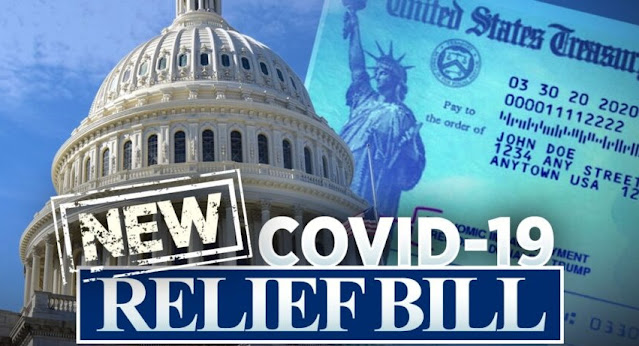 Senate Democrats voted on Thursday to take up a sweeping $1.9 trillion coronavirus bill, teeing off what's expected to be a days-long sprint to pass the legislation.
The Senate voted 50-50 to proceed to the coronavirus relief legislation, with Vice President Kamala Harris breaking the tie to advance the bill.
“The Senate is going to move forward with the bill. No matter how long it takes, the Senate is going to stay in session to finish the bill this week,” Senate Majority Leader Charles Schumer (D-N.Y.) said from the Senate floor on Thursday ahead of the vote.
Thursday's vote comes after a delay on getting the greenlight from the Congressional Budget Office (CBO) ensuring that the Senate's bill, which largely reflects the House measure, complied with reconciliation rules, a budget process that is allowing them to bypass a 60-vote filibuster.
In an expected change, the Senate's version of the coronavirus bill strips out language increasing the minimum wage to $15 per hour and lowers the cutoff for receiving stimulus checks to $80,000 for individuals and $160,000 for couples.
A Senate Democratic aide said on Thursday that the bill also provides $510 million for FEMA homeless shelter providers, increases the total amount of Amtrak relief funding by $200 million and places "new guardrails" on the $350 billion for state and local governments.
No Republicans voted to take up the coronavirus bill.
Senate GOP Leader Mitch McConnell (R-Ky.) knocked the legislation ahead of Thursday's vote, calling it “ill-suited.”
“Senate Democrats, including committee chairs, are essentially being jammed with text from the House. Their own members have barely been able to read this thing, let alone shape it,” he said.
Sen. Lisa Murkowski (R-Alaska) voted against taking up the legislation. She has not yet said how she will vote on the final bill.
In a win for Schumer, Sens. Joe Manchin (D-W.Va.), Kyrsten Sinema (D-Ariz.) and Angus King (I-Maine) voted to proceed. They are among a handful of must-watch Democrats who could make-or-break the legislation.
Even though the Senate voted on Thursday to take up the legislation, the chamber still faces potentially days before it can take a final vote. The bill will need to also bounce back to the House, which will need to approve any changes made by the Senate.
Sen. Ron Johnson (R-Wis.) is making Senate staff read the entire text of the Senate bill, which senators estimate could last anywhere from five to 10 hours.
“At a minimum, somebody ought to read it. ...How can you craft effective amendments on a bill that you haven't even seen or haven't been given time to read," Johnson said.
After that the Senate still faces up to 20 hours of debate before it could start a marathon session known as vote-a-rama, where any senator who wants to force a vote on an amendment will be able to.
Senators acknowledged that they are largely in the dark about how long the entire process will last.
“I expect some pretty long days,” said Sen. Kevin Cramer (R-N.D.).
National